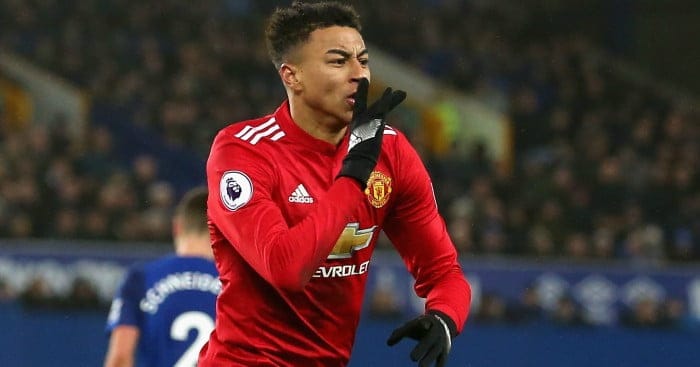 Manchester United forward, Jesse Lingard, has been revealed by England's coach, Gareth Southgate, will be starting the match in Saturday's friendly against Nigeria.

Lingard, who overtime has been trying to find his way into Southgate's starting line-up at the World Cup has been handed an opportunity to impress at Wembley this weekend.

With only two friendlies before England kick off their World Cup campaign in Russia, Lingard is battling with Tottenham's Dele Alli and Manchester City's Raheem Sterling to fill the roles as support for star striker Harry Kane

England boss Southgate told a press conference on Friday that Lingard will face Nigeria, insisting he hadn't made up his mind who will feature when his team face Tunisia in the World Cup opener on June 18.

"I don't see it as a straight contest between any individual, absolutely they could play together," Southgate said.

"All of our attacking players have different attributes or strengths.

"Jesse is a fantastic player at recognising the space, working away from the ball, a great link between midfield and attack."

Lingard took the opportunity to slam stories claiming he said he is more comfortable playing for England than United.

"It's all misquoted. I'm playing regularly in the England team and I feel comfortable," he said.

"Jose (Mourinho) has given me opportunities to play week in week out at Manchester United and it's up to me to deliver performances.

"I'm as comfortable with United as I am with England."

Southgate declined to reveal which of his three inexperienced goalkeepers — Jordan Pickford, Jack Butland and Nick Pope  will face Nigeria.

With Joe Hart dropped, England's keepers have only nine caps between them, but Southgate isn't worried about that lack of experience.

"We know what we want to see in that area and we're clear on what we think. There's no need for me to say too much on that publicly," he said.

"I've told the players what we're looking for in these two matches and haven't told them the team yet."

Southgate put his squad through their paces on Friday, with United defender Phil Jones absent after leaving the camp to attend the birth of his child.

Jones is set to sit out Saturday's game and the partner of England's Fabian Delph is also due to have the couple's first child soon.

"It's not an inconvenience, it's a brilliant part of life and our group's experience over the next months," he said.

"A couple of boys have got engaged and are going to be fathers for the first time or again and it's great to celebrate. The shared stories make us closer."