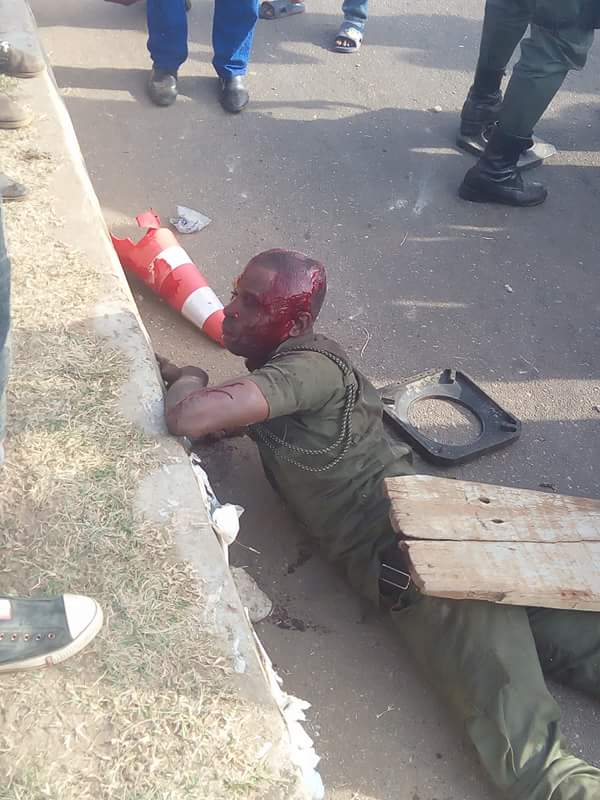 Reports reaching Naija News claims that a Chieftain of the All Progressives Congress (APC), Opeyemi Bamidele was shot in the arm today by a fake mopol who intended to shoot Kayode Fayemi during a campaign rally.

Bamidele has been rushed to the hospital, reports says one of the two other persons who were shot may have died.

Naija News had earlier reported that Bamidele and another victim were hit by stray bullets during a rally to launch the campaign of the  governorship candidate, Kayode Fayemi.

Bamidele has been rushed to an unknown hospital for treatment, while the yet-to-be-identified second victim is feared dead.