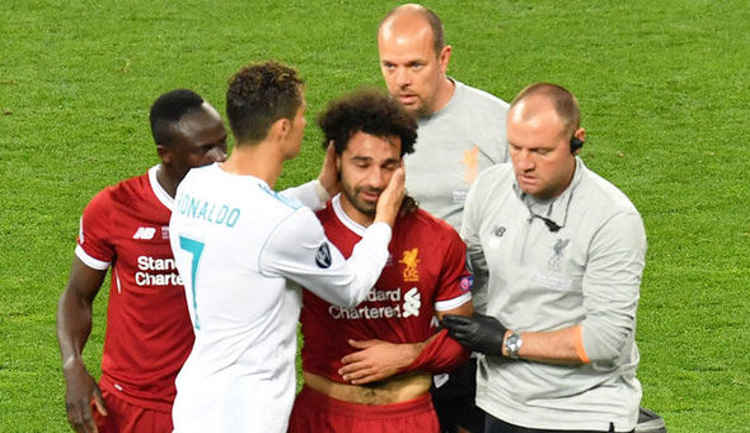 The Egyptian Football Association on Wednesday announced that Mohamed Salah, would play a role for his country at the World Cup as the injured Liverpool forward is revealed, will be out for not more than three weeks.

“The football federation reiterates that Salah will be at the World Cup, God willing, and will be out for no longer than three weeks,” the federation said after its president Hani Abu Reda and the team doctor met with Salah in Spain, where he is undergoing treatment.

The three week recovery would likely keep Salah out of play until at least June 17, this means the Egyptian forward will miss Egypt’s opening fixture in Group A against Uruguay on June 15, then face Russia on June 19 and Saudi Arabia on June 25.

Salah arrived for rehabilitation in Valencia on Sunday, the day after he injured his shoulder after being wrestled to the ground by Sergio Ramos in the Champions League final which saw Real Madrid win by 3-1 margin.

The Egyptian FA announced on Monday that their star player, who hit a stunning 44 goals for Liverpool last season in all competitions, had started rehabilitation immediately on Sunday in the hope of playing a role in Egypt’s first appearance in the World Cup since 1990.