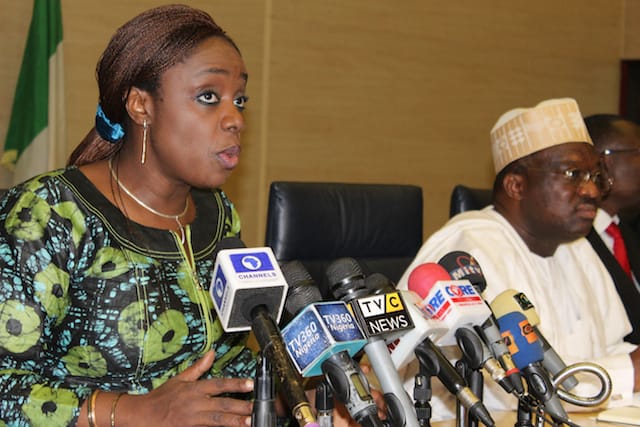 Adeosun stated, “I have said this before and I am saying it again, there is no cause for worry. Nigeria’s debt to GDP ratio is 20 percent and it is one of the lowest in sub-Saharan Africa.“We are pursuing a very measured strategy. We are running a budget deficit; the size of that deficit is coming down now. Nigeria is not among the countries that the IMF is worried about. We do have a challenge on debt service to revenue. That is because the interest cost is quite high and that is a function of two things.

Adeosun said that the country had enough capacity to repay its debt obligations estimated at N21.7 trillion. she explains that

The minister also explained that at 20 percent, Nigeria’s debt to GDP ratio is one of the lowest in sub-Saharan Africa. Ghana’s 68 percent and Ethiopia’s 50 percent has the highest debt to GDP ratio in the region.  Adeosun also stated that unlike in the past when funds were borrowed for no specific reasons, the government was now tying the debt to capital projects, noting that this accounted for the various infrastructure projects being implemented across the country.

“So, there is no cause for alarm as far as Nigeria is concerned. We are using a well-managed and very conservative debt strategy, and we will continue to be very focused on concessional borrowing.”

The minister added that the Federal Government is working very hard on the country’s debt service cost and revenue collection.IMF