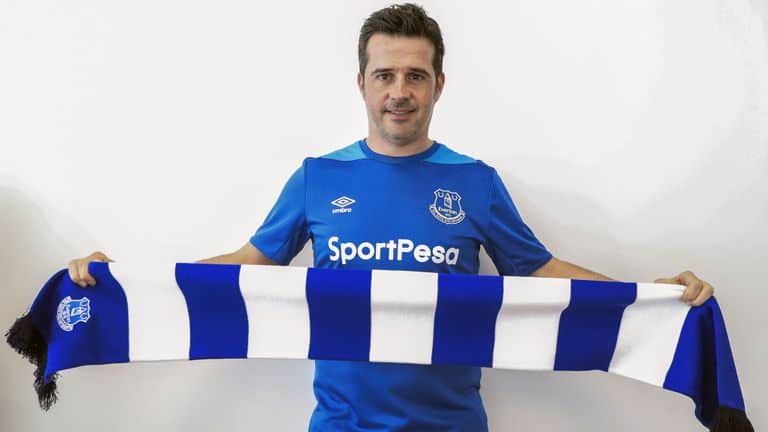 Everton has appointed Marco Silva as their new manager. Naija news learnt that the 40-year-old’s commitment to “attractive, attacking football” convincing the club he is the right man to replace Sam Allardyce.

? | Marco Silva has revealed his pride at being appointed Everton manager and his resolve to build a winning side with a winning style and a deep connection between the team and Evertonians. #WelcomeMarco

Silva signed a three-year contract with the Goodison Park club today having been the first choice of Farhad Moshiri, Everton’s major shareholder, to succeed Allardyce since his sacking just over a fortnight ago.

The new boss has outlined what he demands from the Blues. #WelcomeMarco

The former Estoril, Sporting Lisbon, Olympiakos, Hull and Watford manager is Moshiri’s third permanent appointment in just over two years. He has spent around £30m in payoffs to managers and compensation to clubs during that period.

Silva is joined at Everton by the assistant manager João Pedro, the goalkeeping coach Hugo Olivera, the technical scout Antonis Lemonakis and the fitness coach Pedro Conceição. Duncan Ferguson will remain part of the coaching team.