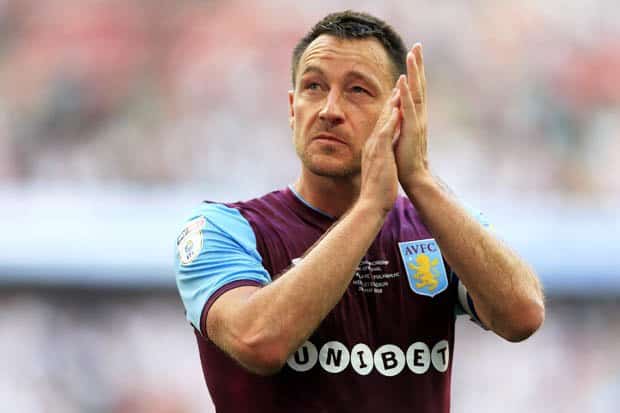 John Terry, former England captain, while speaking on Thursday, revealed that he is saddened that he could not help Aston Villa qualify for the Premier League, and there after announced that he will be leaving the Championship side.

The former Chelsea captain joined Aston Villa on a one-year deal last July and made 35 league appearances, and the last was in the Saturday's play-off final defeat to Fulham at Wembley.

Terry, 37, wrote on his Instagram page: "Today I part ways with Aston Villa Football Club. I'm very proud to have had the opportunity to play and captain this great and huge club.

"I have given my everything this year both on and off the pitch and I'm still hurting today that we never managed to get back to the Premier League, where this club 100 percent belongs."

A club statement thanked Terry for his "effort and professionalism" and added: "John is a true leader and was everything and more that we hoped.

"Hugely popular and influential in the dressing room, he played a real captain's role in creating the incredible bond the players shared with our supporters, and vice-versa. We hope he looks back on his time with Villa fondly and we wish him the very best as his career moves forward."