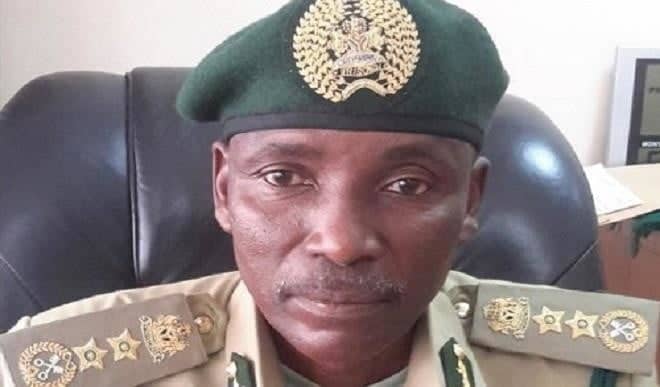 The Senate has summoned the Comptroller-General of Nigerian Prisons, Ja’afaru Ahmed, over alleged  placement  of underage offenders and infants in the same prisons with adult prisoners.

The summon was sequel to deliberation on a motion moved by Victor Umeh (APGA, Anambra Central) who  expressed worry that juvenile offenders are not being treated in accordance with the provisions of the Prisons Regulations Act and the Child’s Right Act.

By the provisions of the Prisons (Regulations) Act, offenders under sixteen {16) years of age and infants are not to be confined in the same prisons with adult offenders.

Section 1 of the Child’s Right Act also states that: “In every action concerning a child, whether undertaken by an individual, public or private body, institutions or services, court of law, or administrative or legislative authority, the best interest of the child shall be the primary consideration.”

Mr Umeh stressed that the negative implication of keeping underage children in conventional prison is that they will mix up with adult inmates who are likely to influence them negatively.

“Correctional Homes and Children’s Homes are established for the purposes of remanding underage offenders and caring for children born within the prisons walls, respectively.“The majority of these underage children opt to be tried in courts without any legal representation, following the advice of some over-zealous prosecutors, unaware of the dire consequences,” he said.

He further explained that separating the underage offenders from the regular prisons as prescribed by the law would go a long way in protecting their mental health and development.

Contributing to the motion, Shehu Sani (APC, Kaduna Central), said the motion clearly narrated the state of the Nigerian prisons.

“As a former political prisoner, I’ve had the unfortunate privilege of passing through not less than seven to eight prisons in Nigeria. If there’s any intervention we can do as a government, is to provide facilities that will upgrade the existing prisons and makes it possible for them to accommodate juvenile when they find themselves there.

“The only thing that has changed in Nigerian prison system is the uniform and then the Black Maria that used to be under the custody of the police has been taken over by the prison service. But when you talk of the facilities, the workshops, the hospitals, the offices and even the detention cells are still colonial.

“We even need to upgrade their allowances and salaries, including the pensioners from the Nigerian Prison Service. This motion will go a long way if we take a proactive step to invite the necessary prison officials to come here and brief the Senate,” he said.

He also called on all parliamentarians to visit the prisons and intervene as well as see how they can be supported.

The Senate thereafter, mandated the Committee on Interior to “invite the Comptroller-General of Prisons to brief it on the state of prison inmates in Nigeria; and to investigate the confinement of underage offenders and infants with adults in our Prisons and report back within four weeks.”