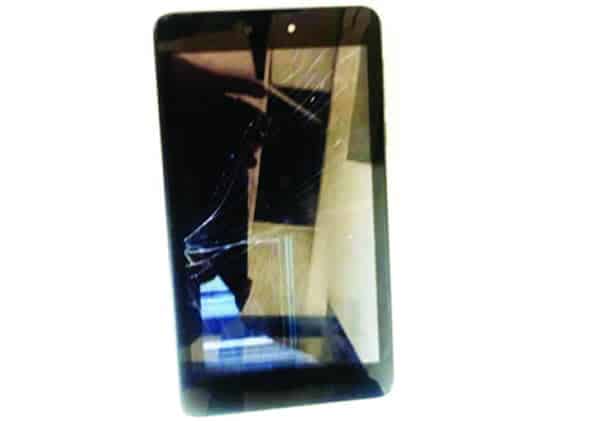 Bonaventure Melah, the Managing Editor of Daily Times of Nigeria, has been reported to be assaulted by the men of the Federal Capital Territory Directorate of Road Traffic Services, Wuye sector command, for allegedly recording them while beating a taxi cab driver in Abuja.

Melah’s Droidpad was reported smashed by the Vehicle Inspection Officers during the encounter.

The journalist told Northern City News on Tuesday that he had instructed his lawyer to take legal action against the DRTS for the assault which occurred near his office at Osun Crescent, Off IBB Way, Maitama, Abuja on May 22.

Melah has also petitioned the Nigeria Union of Journalists (NUJ) which promised to take up the case with the appropriate authorities.

While speaking on the incident, the editor stated that he had just resumed at his office when he heard a commotion on the street and went out to see what was happening.

He said, “At about 8.30am, there was a loud noise outside and when we looked through the window, we saw a large gathering of people as some Vehicle Inspection Officers, many of who were in mufti descended on a taxi driver, giving him several blows.

“The commotion led to the blockage of the roads by the traffic light directly opposite BPE and Habiba Plaza. The official vehicle that brought the men were unmarked and without number plate.

“There were some armed policemen and civil defence officers with them. The VIO officers were not in uniform, so there was no difference between them and street urchins or thieves. To carry out my duties as a journalist, I had gone out to make inquiries as well as take visuals of the crisis, but immediately they saw me, many of the VIO officers rushed and held me.”

He added, “I was rough-handled and shoved while one of them slapped me before grabbing my professional tool, a DroiPad 7D. One of them, a huge muscular black man in blue jean and T-shirt smashed the DroidPad with his clenched fist and broke the screen.

“By then, they had pushed me down to the ground with many feet stomping on me. The level of the assault on me however attracted some onlookers who held the man with my tablet and insisted he released the device until he let go of it.”

On learning that he is a journalist, Melah stated that the VIO officers jumped into their vehicles and fled the scene, adding that they also went away with the taxi cab that they had earlier confiscated.

Undaunted by the assault, the journalist went after his assailants and subsequently tracked them to their office at Wuye where he planned to lodge a complaint against them.

“When I and Ayeni, the driver of the taxi that was taken away got to the VIO station in Wuye, we saw that his car was parked there already with the tyres deflated. A few minutes later, some of the VIO men began to arrive one after the other.

“To my greatest surprise, most of them came in with different taxis which on inquiry, I was told were seized from other people,” he disclosed.

Melah further explained that on seeing Ayeni with him, the men again descended on the beleaguered cab driver, beating and kicking him.

Following threats by the VIO men, the journalist said he left their office while taking the name of the senior policeman in the team who he identified as Inspector Ogbole Sunday.

But the VIO director, Farouk Wadata, said no formal report had been lodged with him in respect of the incident, adding that he heard the report of the incident on the radio and visited the Wuye Sector Command to inquire about it, but they denied that such an incident occurred.

“On my own, when I heard about the incident, I drove to Wuye and asked the area commander but he said they didn’t have such a report. Before I could finish the investigation that night, a radio station reported the incident. Till now, I have not met the complainant, he has not reported the matter to me officially or unofficially,” he explained.

Wadata however asked the assault victim to come forward with information that could assist in investigation into the incident.