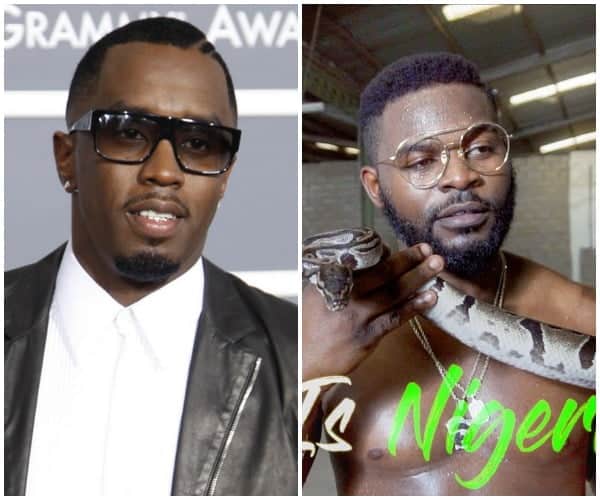 Popular America rapper, Diddy has hailed 'Falz' over his new single, 'This is Nigeria', a cover of Childish Gambino's 'This is America'.

Falz who mirrored the concept used by the American musician/filmmaker, Donald Glover, used his song to address a number of societal issues in Nigeria.

"This is Nigeria" was released late on Friday, May 25th and many have been reacting since the release of the video, with some criticizing the video, largely due to the topical issues highlighted in it, while some are praising the creative ingenuity behind the work.

Reacting to the video, Diddy, who happens to be the owner of Revolt TV and Bad Boy Records, posted a short clip on his Instagram page and he wrote "#Nigeria LETS GO!"