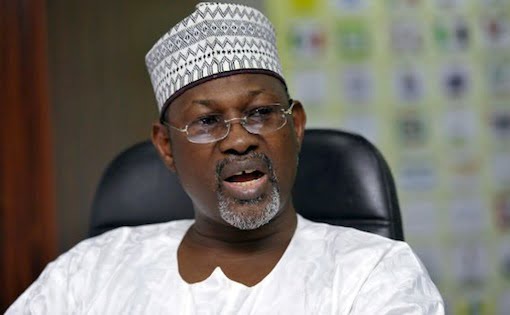 A former chairman of the Independent National Electoral Commission (INEC), Professor Attahiru Jega, has accused members of the National Assembly of asking for bribes to carry out their constitutional duties.

Naija News learnt that Prof Jega made the allegation while speaking at this year’s Democracy Day lecture at the International Conference Centre, Abuja today.

Prof. Jega said he has “spoken to quite a number of chief executives who complained of high demand for bribes from members of the National Assembly in the name of so called oversight functions.”

The former INEC chairman told the gathering, including President Muhammadu Buhari, Senate President Bukola Saraki, Speaker Yakubu Dogara, Chief Justice of Nigeria, Walter Onnoghen and other top government personalities that “some chairmen of committees at the National Assembly are notorious for seeking for bribes.”

The statement of the former INEC Chairman also  confirms a story earlier published by  Naija News in which some heads of government agencies complained of how National Assembly members were harassing them for bribe.
Meanwhile, President Muhammadu Buhari , today faulted the Office of the Secretary to the Government of the Federation for not inviting a former Minister of Niger Delta Affairs, Godsay Orubebe, to the 2018 Democracy Day Lecture.
Orubebe, got famous for attempting to obstruct the announcement of results during the 2015 presidential elections in the country.