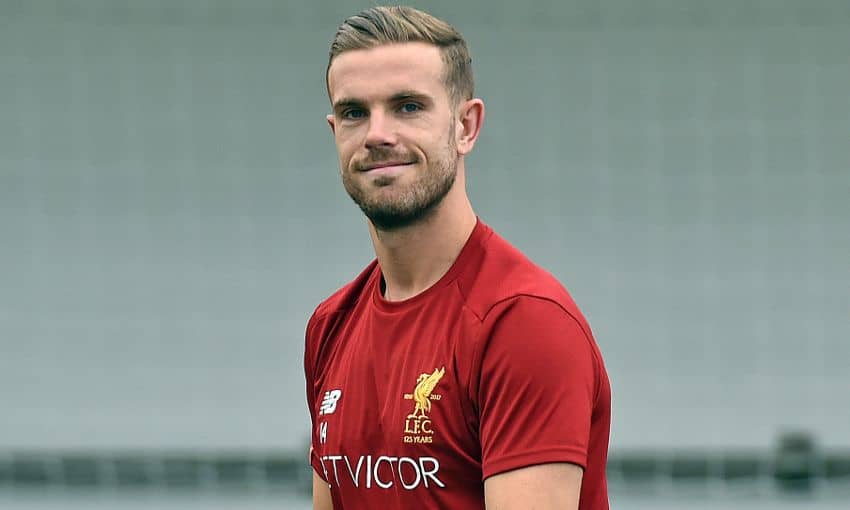 Jordan Henderson, Liverpool Captain have accepted the fate of the loss his team suffered in the hand of Real Madrid as he agreed that the Spanish team deserved to win the competition for three straight time.

He also re-framed from blaming the goalkeeper for the two mistakes that he made that led to their loss.

two goals from Gareth Bale secured a 13th European Cup for the Spaniards, after Jurgen Klopp’s side levelled the game at 1-1.

“It’s disappointing, of course. We did well to get the goal and get back into the game but we made mistakes and Real Madrid were really good.

“They’re a fantastic side and will always hurt you, they deserved to win and were better on the night,” said Henderson.

“The first 30 or 35 minutes, we dominated with the ball, had a couple of chances but it is frustrating. You have to give credit to them.” he said.

Liverpool leading scorer, Egypt forward Mohamed Salah, was lost to a shoulder injury in the 31st minute and that bitter blow clearly affected the Merseysiders.

“When Mo Salah got injured they started to dominate with the ball. They scored a goal which was offside in the first half but we stayed in the game,” added Henderson.

“We still believed we could go on but there were a couple of goals on another night which would not have gone in.”

Real got the lead after the break when the ill-fated Karius threw the ball out towards forward Karim Benzema whose outstretched leg turned it into the unguarded goal.

“The first goal I am not sure what happened… and then the overhead kick he (Karius) could do nothing about.

“The third goal, the ball had loads of movement on it. It is not the mistakes Loris Karius made, we got to the final as a team and lose as a team. It is about everybody.

“We were not good enough on the night, and I am so proud of the players and the fans who came out for us on the night.

“I hope we can carry on and get into more finals and use it going forward,” said the England international.

“Football moves forward, we have a World Cup coming up so you have to move on and the season starts really quickly. We have to be proud of getting here.

“It will hurt for a while but we have to keep going.”