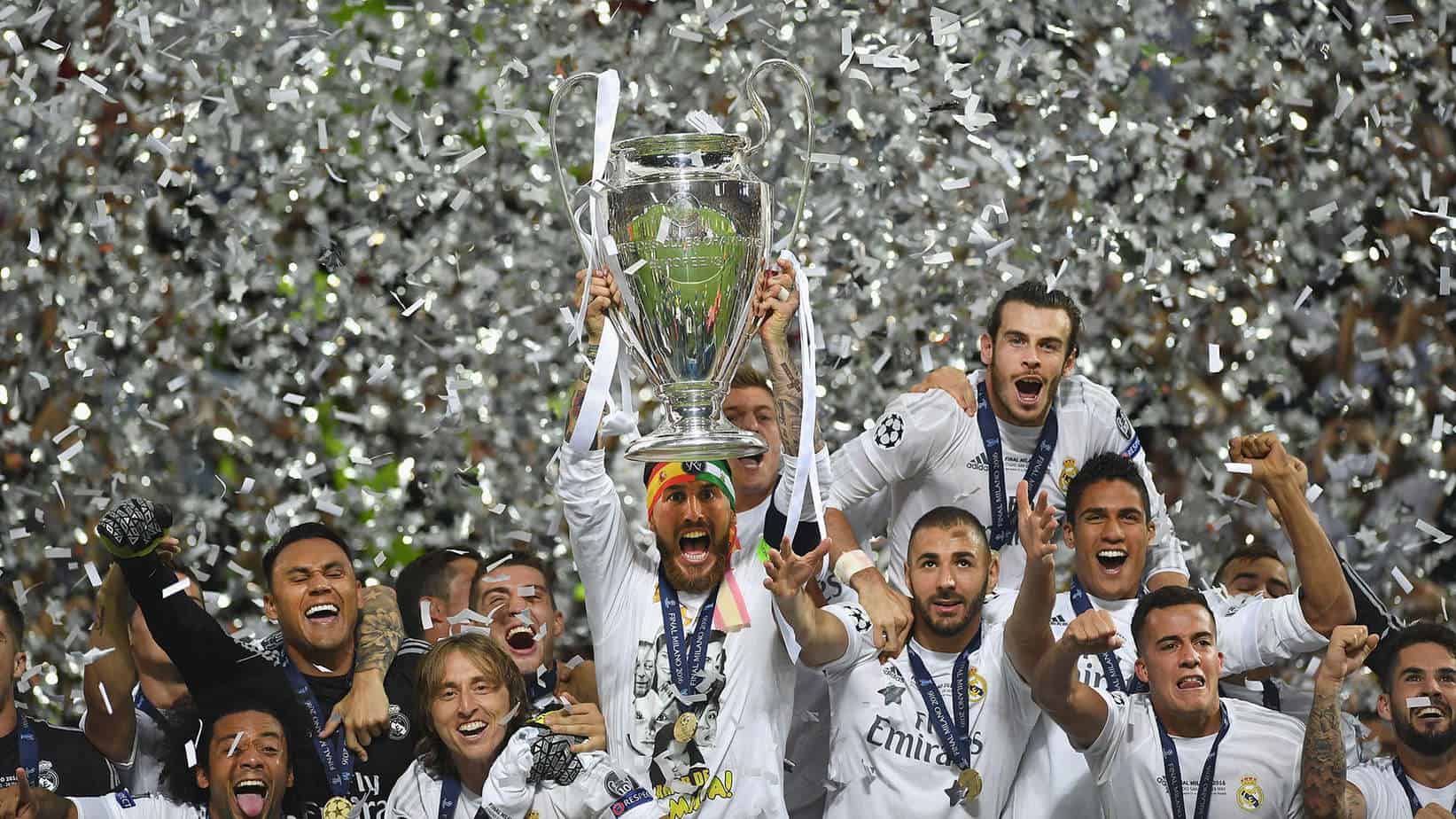 Real Madrid have retained the Champions League trophy after they beat Liverpool 3 – 1 in the final in Kiev on Saturday night the victory makes it the thirteenth time Madrid would win.

Gareth Bale scored a brace, while  the other goals for Real to complete a 3-1 win. Sadio Mane had leveled with a beautiful effort in the first half, but the Spanish side proved their superiority on the night.

Liverpool looked confident in the opening seven-minute as Real Madrid look unsettled from Liverpool’s total offensive play. Marcelo made the first attempt for Real Madrid but his effort went wide in the 11th minute. Real Madrid cooled the game as they held on the ball and made Liverpool to run around.Keylor Navas was called into the party after he made a save from a cross from Liverpool.

Cristiano Ronaldo had a chance to break the deadlock after a pass from Isco but his effort went wide.Real Madrid began to express control over the game but failed to make a decent attempt on goal.Navas again was on point to prevent Real Madrid from going a goal down in the 22nd minute after he saved a shot from Arnold’s attempt in the 22nd minute.Mohammed Salah was withdrawn in the 29th minute after a clash with Sergio Mane in the 29th minute and was replaced with Lallana. Real Madrid forced Liverpool to withdrew to their half.Dani Carvajal also sustained an injury in the 36th minute and was replaced by Nacho. It was an end to end attacking game as both teams pushed forward to break the deadlock.

Nacho connected with a pass from Isco but he was unable to get the right touch to the ball in the 44th minute. Karim Benzema made an attempt in the last minute of the first half after a decent playbut his effort went off target. Real Madrid’s approach in the second half was quite different as Benzema broke the deadlock and four-minute latter Sadio Mane equalised for the Reds.Gareth Bale was brought in for Isco in the 61st minute and it took just three minutes to put Real Madrid ahead again through a spectacular bicycle kick.Sergio Ramos was forced to save after the captain prevented Mane from getting the second goal. Liverpool switched to offensive play after they conceded the second goal.Ronaldo missed a seater after Dejan Lovern made a fine block to prevent further damage. Liverpool pushed forward to get the equalising goal but a solid display from Los Blancos ensured the game is in Real Madrid favour.Mane was shown a yellow card.Bale fired in a distant shot to give Real the second goal and claimed a brace for himself.Zinedine Zidane made his final substitute as he changed in the 89th minute as he withdrew Benzema for Marcos Asensio.Bale’s brace and Benzema opener was enough for the Spanish team to retain the title and claimed their 13th Champions League title.