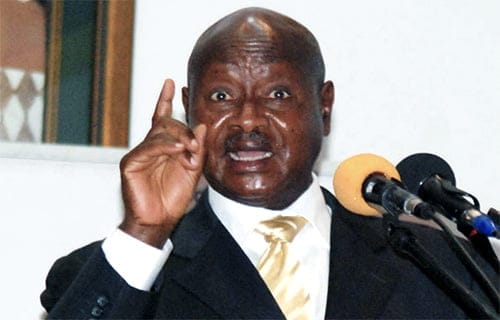 Biometric gadgets for the implementation of daily salary payment for civil servants have been introduced by the Ugandan government in a move to pay every civil servant according to the number of days worked rather than a guaranteed monthly salary.

The head of the Delivery Unit in the Office of the Prime Minister (OPM), Prof. Ezra Suruma, disclosed that the government have started installing the gadgets at public health and educational institutions to monitor clock-in, clock-out of health workers and teachers at their duty stations.

According to Suruma salaries of absentee civil servants will be deducted equivalent to work days missed, he said.

“Last week, we were in Jinja for a meeting with district local governments and we were told that some districts no longer pay civil servants who absent themselves from work.

“We want other districts to follow suit because this is kisanja hakuna mchezo (no playing games),” he said.

The former finance minister and current Makerere University chancellor made the disclosure while receiving an assortment of biometric machines donated by the British government through its overseas development arm, the Department for International Development (DFID).

Bureaucrats say the previous practice of registering staff presence at work manually was ineffective and susceptible to errors.

“This has increased the level of community engagement in ensuring service delivery,” Suruma said.

The head of Growth and Economic Management at DFID, Mr Adrian Green, said the equipment they donated also included laptops, printers, computers and their accessories.

They will be deployed for gathering, processing and analysing biometric information on teachers and health workers to improve the quality of service delivery at schools and hospitals.

“This is a grant worth half a million British pounds for a partnership we have been implementing with government for essential service delivery since 2015 where we have registered tremendous results,” Mr Green said.