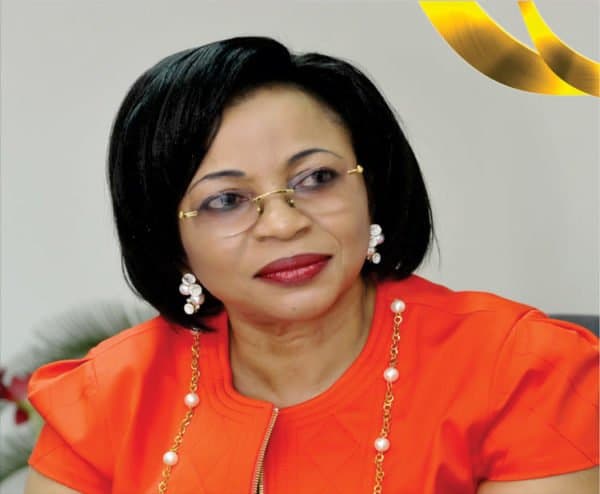 Billionaire businesswoman, Mrs Folorunso Alakija had narrated to Ikeja High Court on Thursday, a staff of her Rose of Sharon Foundation, one Vincent Ayewah, allegedly defrauded her of N3 million.

Vincent an employee of Mrs. Alakija is standing trial along side his siblings and four others; Onuwa David, Okoronkwo Chikadibia, Ehizibolo George and Chinyere Awanah.

Vincent was accused of forging cheques and conniving with his siblings and cohorts to pose to banks as beneficiaries of the foundation.

Mr M.D Aliyu, the prosecuting counsel for  Economic and Financial Crimes Commission (EFCC), who led Alakija in evidence made her narrate how she was allegedly defrauded by Vincent.

She said: “On Nov. 13, 2012, I was called by my treasurer, Gladys Efiozor, who said she received a call from Stanbic IBTC that there was a forgery of a cheque.

“I told her to send me an email of the forged cheque and when I saw it, I told her that the signature was not mine.

” There are three signatories to that account and the forged signature did not match those of the other signatories.

“Florence (Vincent’s sister) was the one caught with the cheque, the bank called EFCC to investigate and Florence was handed over to the EFCC.

“It was discovered that the bag she was carrying had 12 different Identity cards of beneficiaries of the foundation with her pictures on the identity cards.

“The bag also contained cash collected from other banks from the foundation’s account.”

She said that she siezed Vincent phone after she noticed that he was making suspicious calls. she also noted that he had deleted some incriminating massages.

Alakija told the court that Vincent enjoyed a new lifestyle with proceeds from the alleged scam, claiming he bought new car which he parked far away from the premises of the office to avoid detection.

“A blank cheque and a survey plan of a property was in his car.

“He had committed infractions before, begged for mercy and I forgave him. I thought that with warnings, he will change,” the businesswoman said.

Mr Obiora Umeh, the defence counsel to the Ayewahs and other defendants, while cross examining the witness, Alakija shed more light on the issue.

“There are widows and orphans that need to be empowered, I had one project manager at the time that Vincent Ayewah was reporting to.

“When he needs to write the cheques, he had to handle the cheque book, I knew he was issuing the cheques because it was part of his duty.

“The auditors must have gone through the list of beneficiaries and approved it, I can’t remember now if they were going through the cheque books because our systems have since changed.

“The issue at hand is that the first defendant (Vincent) had taken blank cheques and written the names of the beneficiaries on them.

“Vincent’s siblings had gone to pose in banks to pretend that they were the original beneficiaries.

“Even if it wasn’t a blank cheque he had torn out and he had followed the normal sequence of things, they will still go and pose as beneficiaries,’’ Alakija said.

Justice Hakeem Oshodi adjourned the case till Oct. 25 for continuation of trial. (NAN)