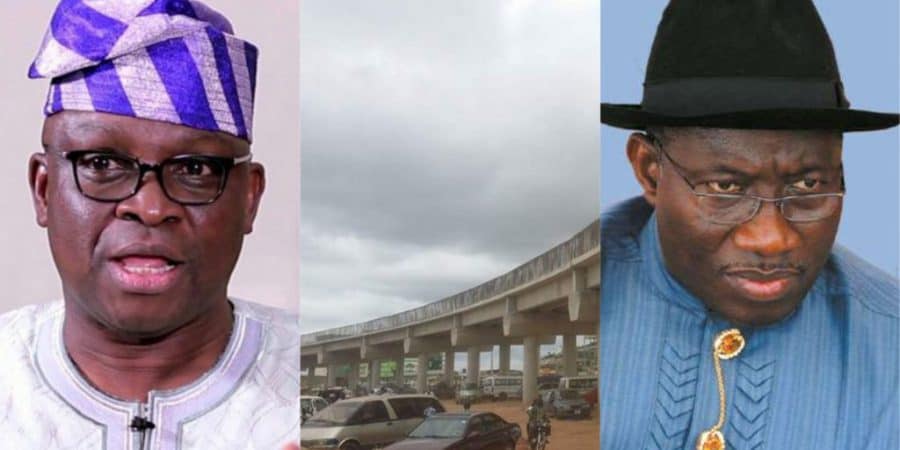 The N6.4billion Fajuyi/Ojumose overhead bridge in Ado Ekiti is set to be commissioned by former President Goodluck Jonathan on Friday, Naija News understands.

The 1.3 kilometre bridge project which was initiated and completed by the Fayose led administration was flagged off in March, 2016 with a promise to deliver the project within 24months.

A statement from the office of the State Commissioner for Information, Youth and Sports Development, Hon. Lanre Ogunsuyi disclosed that the new six storeys ultra-modern High Court building named after Justice Ademola Ajakaiye and the new Governor’s office will be inaugurated on Thursday May 24.

According to the statement, all Peoples Democratic Party (PDP) governors and former governors are expected to grace the occasion while all prominent indigenes and well wishers including traditional rulers, opinion leaders and members of different professional bodies and corporate organisations will also be in attendance.

The statement noted that the overhead bridge was constructed as part of efforts at ensuring free flow of traffic in the State capital; enhance economic activities and save valuable man-hour adding that construction of the well equipped ultra-modern High Court building was to boost effective and efficient administration of justice among others.