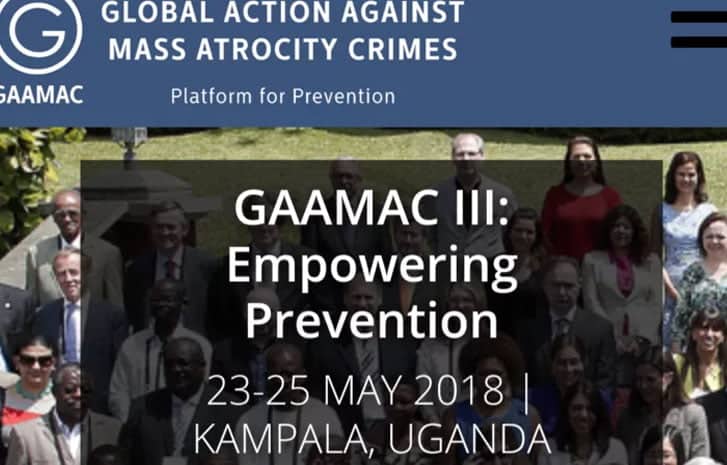 Civil society organizations and experts from around the world are expected to meet in Uganda tomorrow to devise ways of preventing Terrorism Activities and mass atrocities like genocide, war crimes, and crimes against humanity.

Naija News understands that more than 200 delegates are presently in Uganda  for the  three-day meeting under “Global Action Against Mass Atrocity Crimes (GAAMAC)’’.

“The states and civil society organisations representatives will work together to make prevention a reality at the local, national, regional and international level,” the statement said.

One key feature of the meeting will be the presentation of the Africa Working Group Manual on “Best Practices on the Establishment and Management of National Mechanisms for Genocide and Mass Atrocities Prevention,” the statement said.

Similarly, the Ugandan police on Monday said it had suspended the issuance of firearms to private individuals pending an audit of such weapons in the hands of the public.

He said the police had received many applications from members of the public, who want to acquire firearms.

“Once the audit is completed, we shall review all the applications we have so far received and the owners will be informed appropriately,” he said.

Authorities said the move is part of efforts to fight organised crime in the East African country.

Government figures show that by 2016, up to 19,000 guns were being held legally by civilians and private security firms.

In 2017, the government proposed that the fees for owning a firearm be raised from less than 300 dollars to about 1,400 dollars per year.