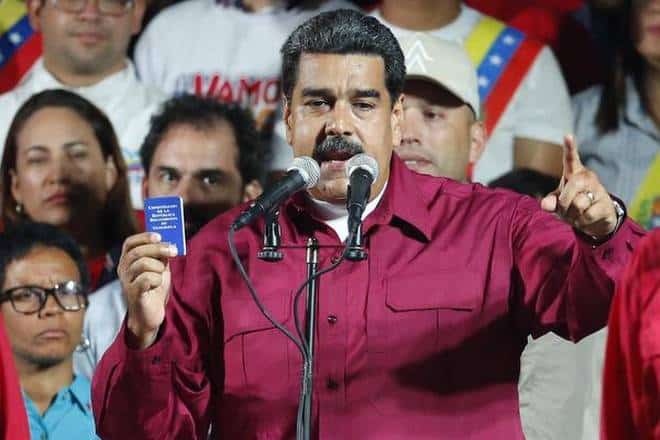 President Nicolas Maduro has been declared the winner of Venezuela’s Sunday election in a poll rejected as invalid by his rivals, who called for fresh elections to be held later this year.

Nicholas Maduro has been declared the winner of Venezuela's presidential election with 67.96% (5,823,728 votes).

Maduro  who spoke yesterday night  to a crowd of cheering supporters at Venezuela’s presidential palace in the capital of Caracas  said he is ready to meet with Falcon when and where he wants to set the agenda for Venezuela’s future.

The election gives Maduro a second six-year term amid the oil-rich country’s deepening economic crisis that has many Venezuelans struggling to afford food and medicine.

“We do not recognize this electoral process as valid, as true. For us, there were no elections. We have to have new elections in Venezuela,” Falcon told a news conference, accusing the government of coercing voters.

The United States in line with Maduro’s main opposition, Henri Falcon, has rejected  the result of Venezuela’s presidential election on Sunday.