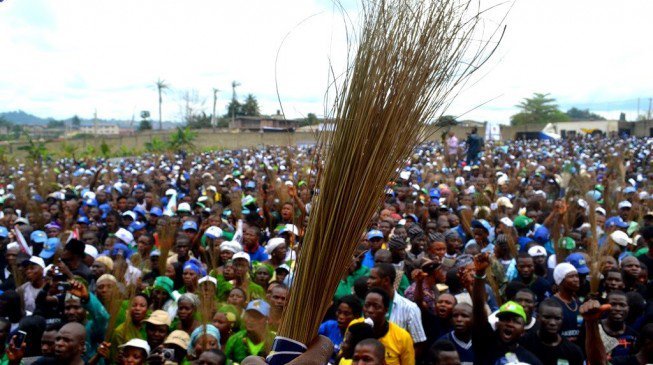 The newly sworn- in  factional chairman of the Lagos State Chapter of the APC, Fuad Oki, has revealed that topmost in his group’s agenda is to reconcile all aggrieved persons in the party.

Oki who made the disclosure at a news briefing in Lagos  revealed that plans had been concluded to open a new state secretariat for APC in Surulere Area of the state.

The factional chairman, who was sworn into office on Saturday alongside other members of his executive council at a parallel congress organised at the Lagos Airport Hotel, Ikeja, also described the newly inaugurated State Executive Council as a rainbow coalition which, he said, comprised members and representatives of different caucuses in the state chapter of the APC.

Meanwhile more  facts have emerged yesterday about the parallel congress conducted by the faction that produced Oki.  Daily Trust reports that Oki, a one-time vice-chairman of APC in Lagos Central, has had a running battle with the state leadership of the party prompting the immediate past chairman, Chief Henry Ajomale, to set up a disciplinary committee which suspended him.

He was axed for leading a splinter group known as Broom United Movement (BUM).

The current crisis tearing the party apart also reportedly commenced since the conduct of party primaries for local government elections conducted in 2017.

A source noted that the congress was an avenue to show their grievances about how they had been “relegated” to the background.

At the State Congress witnessed by Governor Akinwunmi Ambode at the party’s Secretariat located at Acme Ikeja, new executive members already nominated were ratified by delegates selected across 20 Local Governments.

Naija News reports that  the newly sworn-in executive is  led by Alhaji Tunde Balogun and has Chief Sunny Ajose as Deputy Chairman.