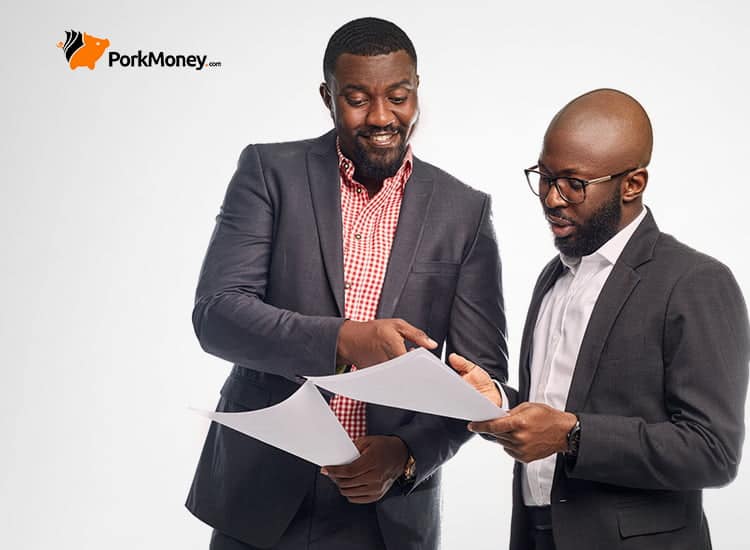 John Dumelo is an award winning Ghanaian Actor who has starred in movies like “4Play” (2010) and “Hearts of Men” (2010) which feature fellow Ghanaian actors and actresses. He is popular in his home country Ghana, and also in Nigeria having featured in blockbuster Nollywood movies such as “Love or something like that” (2014) and “Haunted” (2017). The AMA Awards winning act also loves Pork; but what does that have to do with acting? Nothing; however, as a businessman, everything!!! John Dumelo has recently partnered with PorkMoney, which much like his movies is a business that operates from Nigeria and Ghana.

An outstanding initiative platform called PorkMoney has created an idea which urges farmers, businessmen, entrepreneurs and interested minded people to invest in the breeding, maintenance and sale of Pork. Intending partners can subscribe with a friendly amount of just N250, 000.00, up to N5, 000,000.00, and partnership investments can possibly yield up to 35% profits in just 11 months. The door of investing and partnering are open to people of different mindsets, especially those who are interested in Agribusiness, something popular Ghanaian Actor, John Dumelo and the Founder and CEO of PorkMoney, Folorunso Muyiwa share in common.

Folorunso Muyiwa is a multi-faceted entrepreneur with over a decade’s experience in branding and marketing, with expertise in e-commerce, transportation and Real Estate. As an African enthusiast, he has done business in countries like Kenya, Togo, Cote D’Ivoire and Nigeria; and now branching into farming, conceived the idea of PorkMoney which aims in achieving a great goal by growing the pork industry and expanding the profit and production rate in Africa. There are certain businesses that boost the economy of a country, they include; Filming, crude oil, poultry, cattle rearing, fishery and others, and Folorunso’s interest in the Pork business may just be his biggest venture yet.

Pork: the meat derived from a domestic pig, is the most abundantly produced meat worldwide (10.4 million ton) and is consumed for its great health benefits as its very high in thiamin (vitamin B1). Pork with its fat trimmed is leaner than the meat of most domesticated animals. PorkexpoAfrica reports that most of the pork consumed worldwide comes from Asia (55%), Europe (25%) and the Americas (18%). Only 1% of pig meat comes from Africa. In sub-Saharan Africa, pig stocks are still much smaller, and only account for 3% of all livestock heads (excluding poultry). Nigeria has the largest stock (6.6 Million pigs), but ranks only 22nd worldwide.

PorkMoney has partnered with Oke-Aro Pig Farm in Lagos – reportedly Africa’s largest pig farm with a farrow-to-finish operation of over N5Billion in revenue annually. The over two decade old Oke-Aro Pig farm will provide a sizeable produce for investors who take advantage of the PorkMoney initiative while PorkMoney in turn multiplies existing sales through its investor partnership plans. Investors can own up to One Hundred weaners which would be fed and managed till maturity, slaughtered and sold in the open market; there’s also a plan to improve the 1% exportation statistic that will have investors earning sizeable amounts of profits, and good measures of return on investment. To know more about the initiative and how to be a PorkMoney partner, visit www.porkmoney.com.