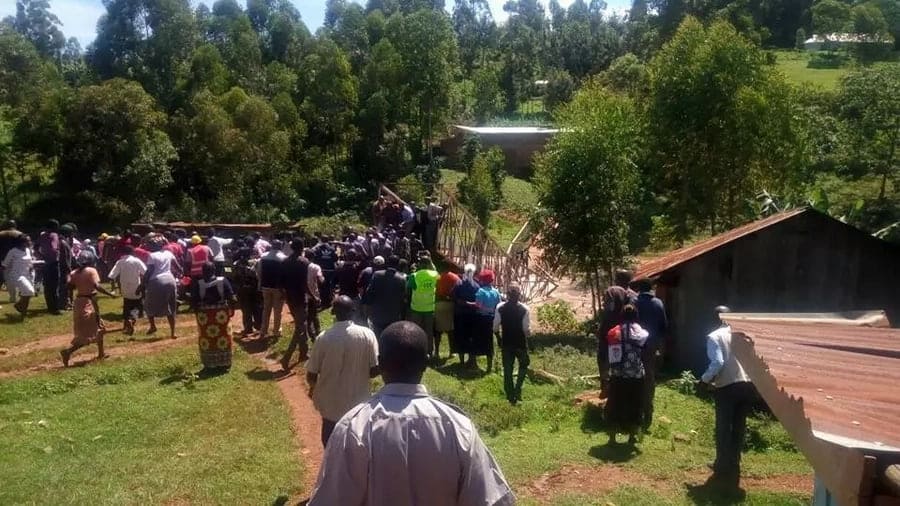 A governor in Kenya, Alfred Mutua have fallen off a bridge while trying to taking a self with his deputy Joash Maangi.

According to a news publication in Kenya, both men ended up in a river and were pulled out and taken to Ogembo Hospital in Kisii county.

The newspaper said the incident happened a few hours after the governor was lambasted for “county-trotting while a bridge in his backyard, developed cracks”.

Maseme Machuka, Director Kisii communication said the reason for the collapse was because the bridge was weak.

“The governor and DG were unhurt in the incident and they went on to address residents before going for lunch,” Machuka was quoted to have said.

He added that two journalists who sustained minor injuries were taken to Kisii Teaching and Referral Hospital.