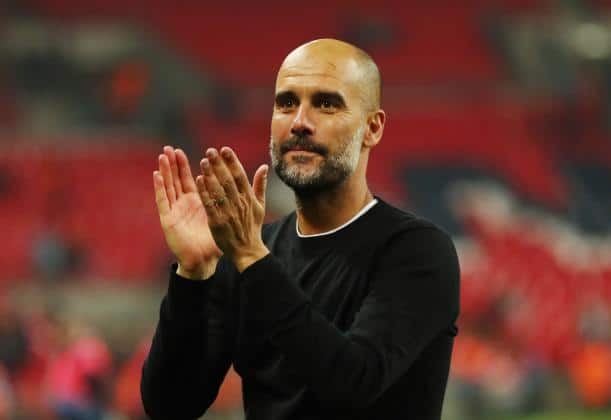 Pep Guardiola, Manchester City coach has extended his stay in Man City by another three years as he signed a new contract, the club said via its website on Thursday.

“City are delighted to announce that Pep Guardiola has signed a contract extension that will see him remain as manager until the end of the 2020-21 campaign,” the statement said.

Guardiola has just overseen the best season in the club’s history, winning the English Premier League title in record-breaking fashion as he recently joined the club in the summer of 2016.

He also led the team to the League Cup secured in March after a 3-0 victory over Arsenal at Wembley.

“We became the first side in English football to achieve 100 points in a top-flight campaign and we also posted the most goals and wins in Premier League history.

“This ensured our place in the pantheon of great Premier League sides is secure.

“His deal means this is the longest commitment he has made a football club since becoming a manager in 2008,” the statement added.

Guardiola, while reacting to his contract extension said that he was only interested in improving his players.

“I enjoy working with our players every day and we will try to do our best together in the coming years. As a manager, you have to feel good to be with the players and I feel good.

“I will focus on the desire of my players to become a better team and every day, that’s what I will try to do – to improve on the pitch and improve our players.

“We have a young squad with an average age of 23 and we want to keep taking steps forward and maintain the levels we’ve achieved this season,” Guardiola said.

Khaldoon Al Mubarak, Manchester City Chairman, said: “We are delighted to announce the extension of Pep’s contract through to 2021.

“In his two seasons with us, he has fostered an incredible spirit within the squad and significantly contributed to our progress both on and off the field.

“In doing so, he has embodied the passion and commitment we all have for the club.

“I am very much looking forward to the continued impact of his work and to fulfilling our shared ambitions in the coming seasons,” he said.