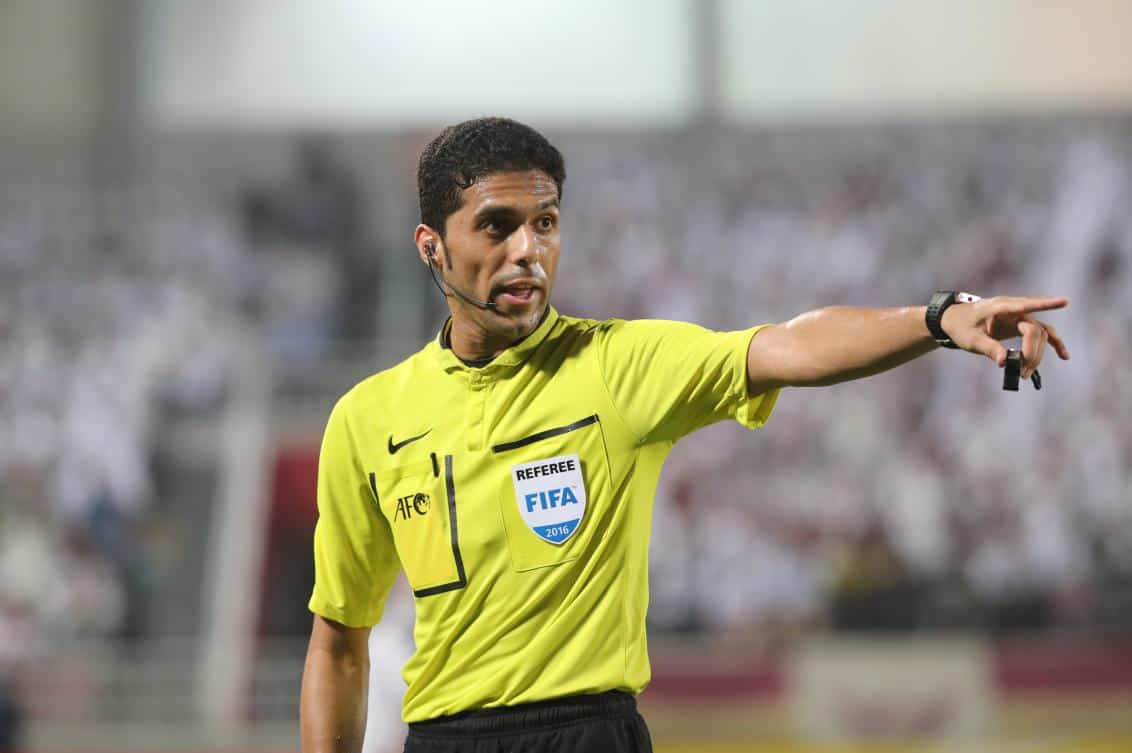 The Saudi Football Federation has banned referee Fahad Al-Mirdasi for life over bribery and has requested for him to be removed from the list of referees for the 2018 World Cup in Russia.

Mirdasi was suspended after he admitted offering to take a bribe to influence the outcome of a match, the federation’s disciplinary and ethics committee said late Tuesday.

The 32-year-old is one of Saudi Arabia’s most prominent referees and one of five Arab referees chosen by FIFA to officiate at the 2018 World Cup tournament in Russia.

In a statement to Nigeria News, FIFA said it was looking at the case and seeking more information.

“FIFA notes the information that referee Fahad Al Mirdasi has allegedly been banned for life from all football-related activities by the Saudi Arabian Football Federation (SAFF),” it said.

“FIFA has requested more information from the SAFF before making any further comments.”

The keeper, who had earned a FIFA badge in 2011 and officiating at the Rio de Janeiro Olympics in 2016 and the Confederations Cup in Russia in 2017, was chosen to referee Saudi Arabia’s Kings Cup final between top clubs Al-Faisaly and Al-Ittihad on Saturday but was pulled from the roster just a few hours before the game.

In a statement, the disciplinary and ethics committee said Mirdasi had approached the president of Al-Ittihad asking him for a bribe to enable his team to win.

“The Ittihad president Hamad Al-Sanayeh called the Saudi Football Federation to state there was evidence that Fahad Al-Mirdasi had reached out via text messages on WhatsApp. He asked for an illegal sum of money in exchange for helping his team win the game,” it said.

The case was referred to the Saudi Football Federation as well as the General Authority for Sport — the highest sports authority in the kingdom — triggering an administrative investigation.

Punch reports that Mirdasi confessed to the charges, according to the statement, and it was decided “to deprive him from participating in any football activity for life”.

The committee recommended that Saudi Arabia officially requested FIFA to remove Mirdasi from the list of referees participating in the 2018 World Cup and suspend him for life.

“Our integrity is above all considerations,” said Turki Al-Sheikh, head of the General Authority for Sport.