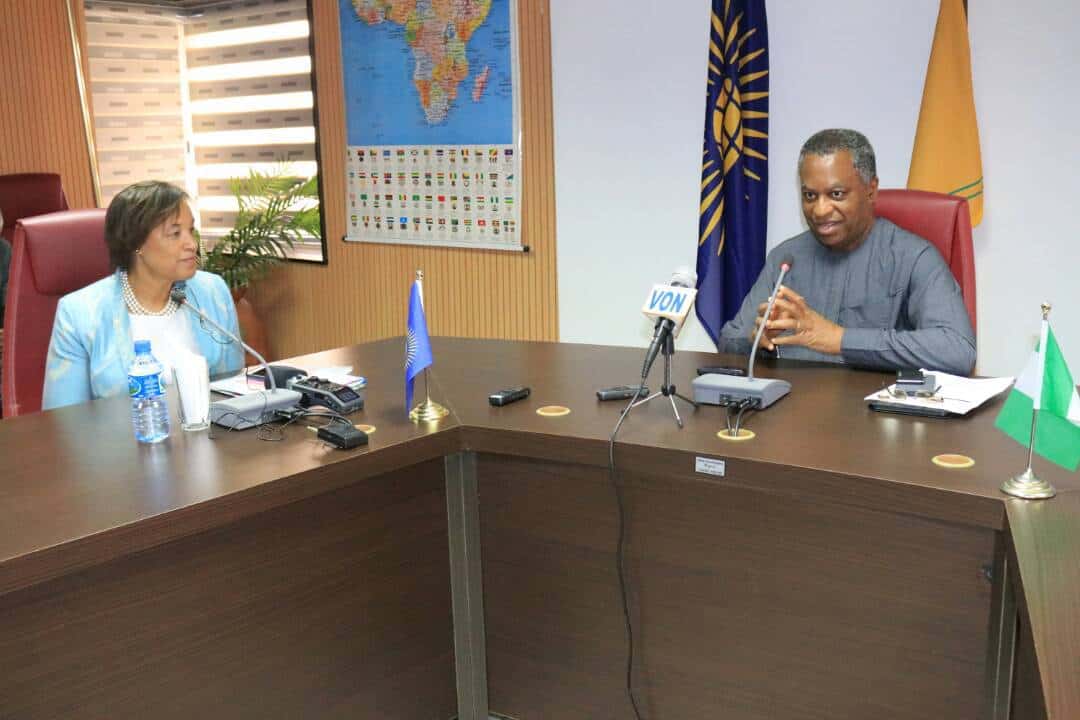 The Commonwealth Secretary-General, Patricia Scotland during courtesy Visit to the Nigerian Minister of Foreign Affairs, Geoffrey Onyeama in Abuja, Nigeria.

The Commonwealth Secretary-General, Patricia Scotland, has said Commonwealth helped Nigeria in recovering about three billion dollars within one year.

Scotland said this yesterday in Abuja when she visited the Minister of Foreign Affairs, Geoffrey Onyeama. The Secretary General also said the amount could not be compared to what the nation got in 10 years.

“We were very proud in the Commonwealth when the President graced us by coming to the Tackling Corruption Together Conference in May, 2016, and he explained so graphically, the wisdom that comes from corruption.

“And this has been a matter of great pride to us in the Commonwealth that we have been able to assist Nigeria in getting its money back and in one year.

“Nigeria has managed to get back more money than it has got back in 10 years before.

“It recovered about three billion dollars. That is over five hundred billion naira.

“And that is money that can go to schools and housing and roads and I hope that we will get even more money back together,” Scotland said.

Scotland also commended the Economic and Financial Crimes Commission (EFCC) for its fight against corruption in the country.

“And I do applaud everything that the new commission is doing.

“I was there to launch that building, fantastic building and I really applaud the acting chairman because of the work that he has done.

“I am hoping that this is just the beginning and I pledge our continued support,” Scotland said.

In his remarks, Onyeama said anti-corruption was one of the three priority areas of the President. The minister also expressed delight over the Commonwealth’s monitoring and supporting anti-corruption efforts, saying it was of high importance.

He said Nigeria looked forward to having more cooperation and engagement with the Commonwealth, including funding.

“We believe in the Commonwealth and we believe that the better funded it is, the more responsive to our needs it would be, ” he said.