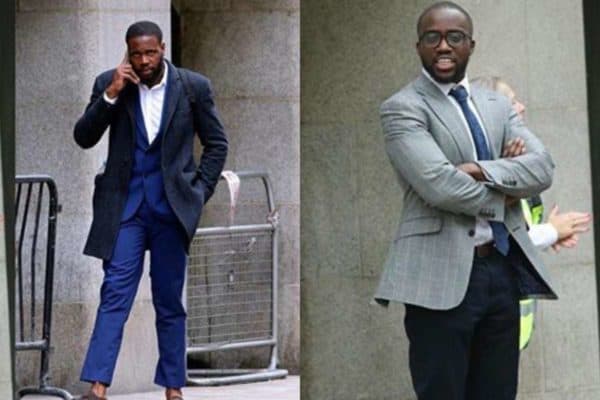 Nigerians who fought over whose father is the richest

The report that is making rounds is of two rich Nigerians who attacked their fellow student, with a shisha pipe, over an argument on whose father is the richest.

Elvis Ilonze who is 20 years old, and has his Mercedes car covered in fur, attacked, Prince Nnaji, his childhood friend, in the flat they shared in Brighton, East Sussex, Mailonline reports.

Nnaji, was reported to have tried to escape from the flat but Ilonze, along with his friend, Daniel Oluyemi, 24, gave him a chase and attacked him with a wine bottle on April 7 last year about 10pm.

Louanna Rayawa, Nnaji’s girlfriend, tried to stop the attack, but was pushed to the ground by Ilonze.

Chiedozie Dibiagwu, a law student who is 23 years old, was also assaulted by the duo, report has it that he was sitting on a chair nearby and witnessed Nnaji being assaulted.

Nnaji and Ilonze had known each other from Nigeria, but when Nnaji dared to suggest that he had the richer father, Ilonze decided to “teach him a lesson.”

Ilonze and Oluyemi both pleaded guilty to two counts of assault occasioning grievous bodily harm and were spared jail at the Old Bailey.

‘Privileged’ Ilonze came to the UK to study a four-year Masters of Engineering degree at the University of Sussex, and is one year away from completing his course.

His lawyer, Tom Hoskins, said Ilonze faced deportation back to Nigeria if he were given a sentence of more than one year in custody.

Oluyemi, who is training to become an accountant at the same university, is expecting a child in September or October.

His lawyer, Johnathan Page, said the right place for him was at home, preparing for the “momentous occasion,” not in prison.

Judge Christine Laing QC spared the ‘cosseted’ pair jail, suspending a one-year custodial sentence for 18 months to give them ‘one last chance.’

The judge said, “Unlike many of the people who pass through the courts, you both come from backgrounds of privilege.

“It couldn’t be more childish, effectively an insult on somebody’s parents – who’s got the richer dad – that started this fight.

“You both appear to be incredibly immature, perhaps as a result of being cosseted in your upbringing.”

The judge added that the pair, though immature, “have much to contribute to society.”

Both Ilonze and Oluyemi thanked the judge for sparing them jail before leaving the Old Bailey dock.

They were each given a one-year prison sentence, suspended for 18 months.