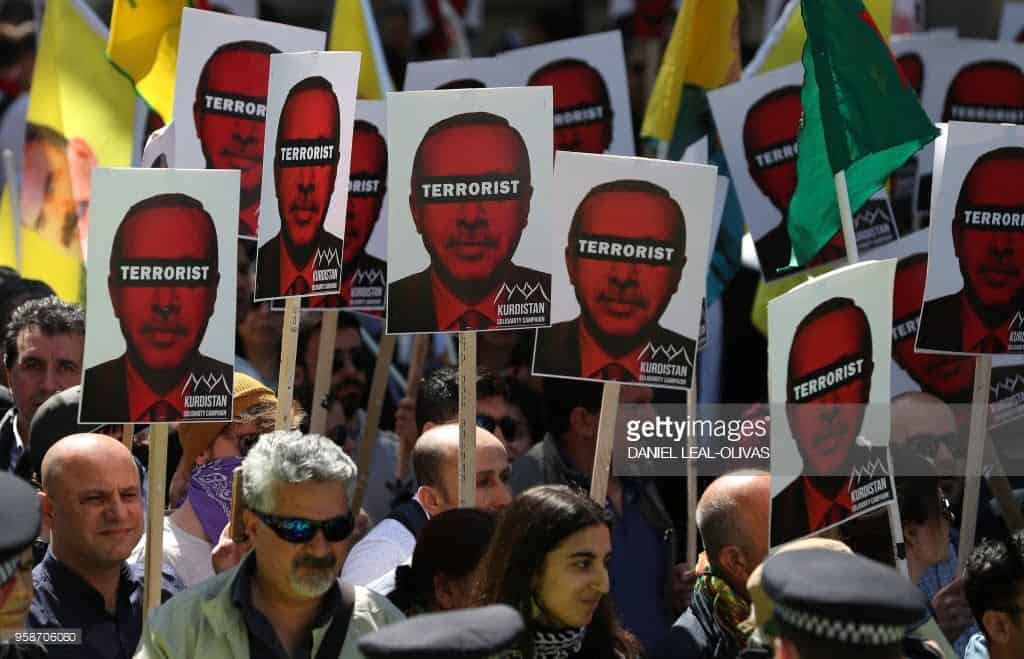 Protests In London Ahead Erdogan’s Meeting With Prime Minister May

A noisy protest was staged outside Downing Street with Demonstrators chanting “Turkish state, fascist state”  ahead of Turkish President Recep Tayyip Erdogan’s meeting with Theresa May in London.
A Downing Street spokesman said a “frank discussion” on human rights was on the agenda for the meeting.

“We’ve always been clear that we want Turkey to uphold its international obligations, including respect for freedom of expression and political freedoms,” he said.

The meeting comes as Erdogan campaigns for re-election after calling a snap poll for June 24, bringing the vote forward by a year and a half.

The move is widely regarded as a plan to shore up his power in the country and comes as international pressure mounts on the president for his suppression of political dissent.

Naija News understands the early election is set to accelerate Turkey’s transition to a new presidential system approved in a referendum last year.