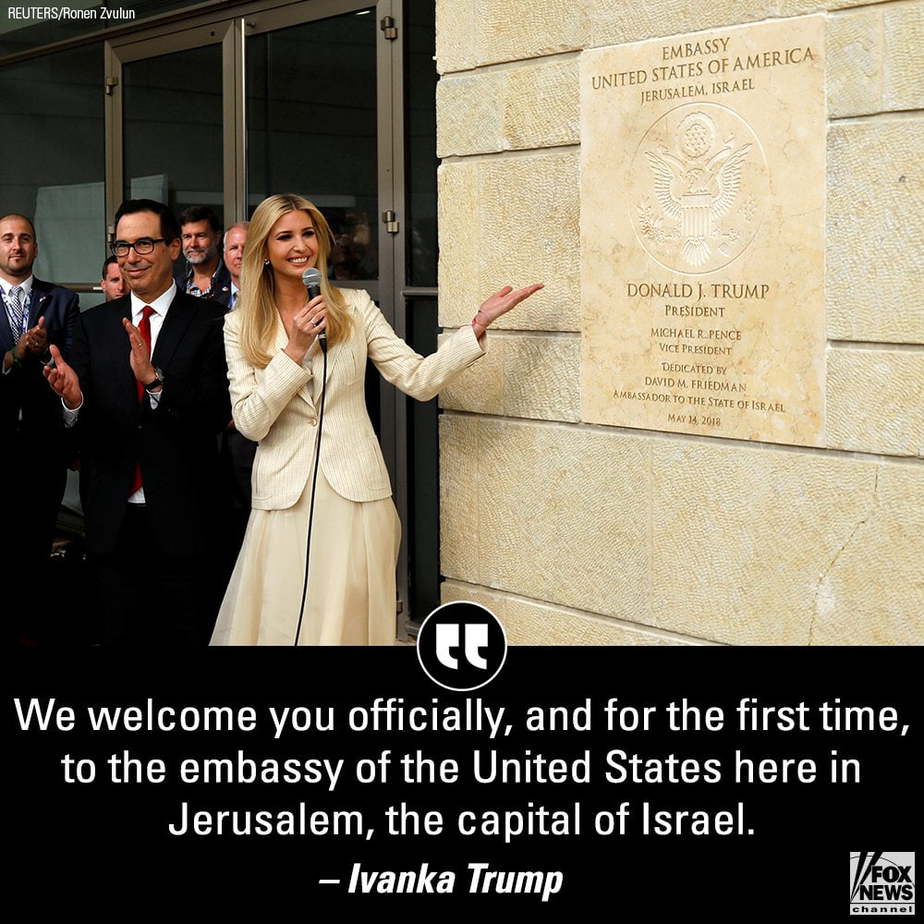 With the official unveiling of the deeply controversial Jerusalem embassy by the United States, on Monday, violent clashes between Palestinians and Israeli forces along the Gaza strip’s border have greeted the ceremony.

Reports reveals the about 37 Palestinians have been killed by  Israeli firepower and hundreds more were injured, in what has been described as the bloodiest day in years.

Tens of thousands had gathered near the border in protest while smaller numbers of stone-throwing Palestinians approached the fence and sought to break through, with Israeli snipers positioned on the other side.

Despite the protest and violence, the ceremony still went on, as President Donald Trump, in a video address told the ceremony that the United States remained committed to reaching a lasting Middle East peace though the move of its embassy in Israel from Tel Aviv to Jerusalem has provoked outrage.

David Friedman, US ambassador to Israel while speaking at the ceremony in Jerusalem and Trump was given a standing ovation when he mentioned him.

The officially opening ceremony of the embassy also witness the unveiling of the Plague and seal.

John Sullivan, US Deputy Secretary of State, led the Washington delegation at the inauguration that also included Trump’s daughter Ivanka and her husband Jared Kushner, both White House aides, as well as Treasury Secretary Steven Mnuchin.

About 800 guests attended the ceremony.

Jerusalem’s status is perhaps the thorniest issue in the Israeli-Palestinian conflict.