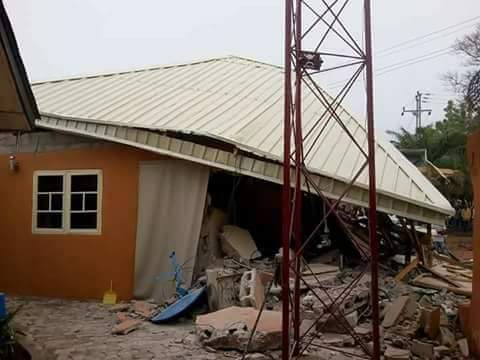 Following the mass demolition of houses and constructions going on in Lagos State, the governor Akinwunmi Ambode has been called upon to wade into the alleged illegal and unlawful construction, haphazard reconstruction and of building in violation of extant physical planning laws of Lagos State.

The petition said “Our clients are the property owners/landlords and residents on Jay Jay Oladimeji Residents Association and have been living thereon in peace and harmony before the deliberate, wilful and unlawful acts of wrong doers which capable to cause breach of peace, endangering lives and properties within the community.” The said Jay Jay Oladimeji Close is known as a close, whereby the rear side is fenced up the adjoining property owners whose properties are facing another street as approved by Lagos State Government for ages.”

Meanwhile Naija News recalls that the Government had earlier approved some billions of naira as compensation to owners of properties that were affected by the demolition some days back.