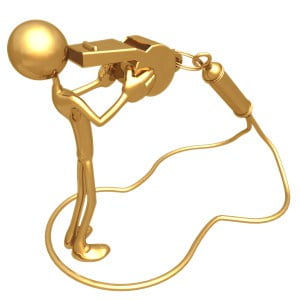 Fourteen different individuals who gave useful information that led to the recovery of several billions of Naira and some millions in hard currency from some corporate tax evaders have been paid about N439.3 million, finance minister, Kemi Adeosun, said.

Naija News learnt that the Minister did not name the offending companies, but she told reporters in Abuja that about N14.8 billion, consisting N7.8 billion, $378 million and £27,800 were recovered.

She said the recovered monies paid to the Federal Inland Revenue Service (FIRS) have since been shared.

Following tips by the whistleblowers in line with the whistleblower policy of the Federal Government, Mrs Adeosun said the companies were busted after years of either evading taxes or under-paying government as a deliberate policy.

“This is the first time we are having that number (of whistleblowers) where we have concluded either communications with the companies and they have actually paid the money to FIRS,” the minister said.

Since the whistleblower policy was introduced in December 2016, the minister said about 8,373 communications have so far been received from various persons willing to volunteer information on tax evaders.

Out of the number, she said about 1,231 were tips that triggered about 534 investigations so far from where ten accused persons were currently under prosecution, with four already convicted of the offence.

Apart from the changing narrative on tax by government in recent times, the minister said the extension of the deadline for the Voluntary Assets and Income Declaration Scheme (VAIDS) to June 30, 2018 has seen far more tips received from whistleblowers on tax evasion.