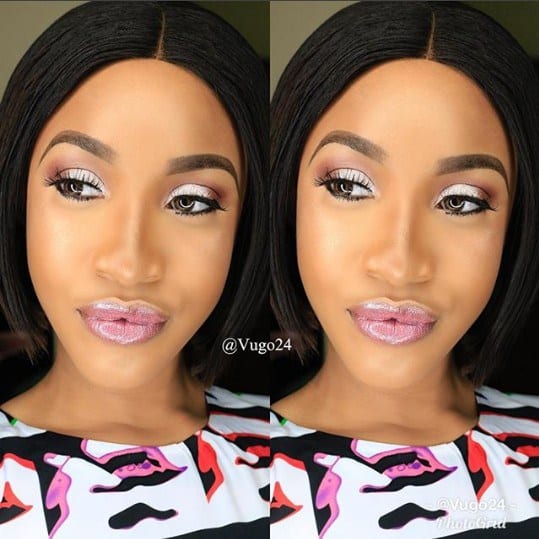 Desist From Anything That Concerns Me – Churchill To Tonto Dikeh

Nigeria popular actress, Tonto Dikeh has reacted to the accusation of a man claiming that she alongside her estranged husband Olakunle Churchill were owning house rents.

Recall that Naija News reported that a Ghanaian man called out Olakunle Churchill and his estranged wife for owning a widow house rent and stealing properties from the said house.

The actress commented on the post saying: “@buy_sell_swap_rent-ghana trust me and that’s not a wrong number..Yes it’s suppose to be an elderly woman who picks up and yes she wldlie she doesn’t know him either BUT

“If that fails kindly contact @bimbo_peters she can get to him in a speed of light.. Thanks.”

The actress further added: “Y’all don’t drag me into this mess,This isn’t planned nor it’s fake.

I VISITED THAT HOUSE, I KNOW THAT HOUSE IN QUESTION.

“AS A MATTER OF FACT MY SONS CLOTHINGS ARE STILL IN THAT HOUSE..

“As a matter of fact that’s the house in the video Kunle and Azuka released where you all saw me swing my arm with an obvious swollen face and bulged eyes..

“I know the house to be my Sons father as I as told,I know the Widow in Question but I have never met her..

“Pls don’t make me post the house address and more contact just to Get cleared off this nonsense..

“Go on my page obviously I have moved on and I am extremely happy and in love,Dont ruin my Mother’s Day celebration with your unthoughtful allegations..

#NOT TODAY #NOT EVER

Reacting, Olakunle Churchill said: “With regards to the post on instablog9ja, about someone calling me out. I feel it’s baseless and a way to pull my personality down.We have more than 6 ongoing projects within that axis. Ghana is not my country as such my staff and expatriates are occupying four buildings and the manager’s name is Ralph Codjoe ‭+233 20 644 4724‬ If at all anyone tried to reach me based on anything concerning Ghana because I relocated because of family over three years ago.

AS FOR YOU MAMA KING, THOUGHT WE HAVE MOVED ON AND YOU ARE NOT MY PA NEITHER MY SECRETARY HENCEFORTH DESIST FROM ANYTHING THAT CONCERNS ME. LASTLY YOU SHOULD KNOW BY NOW WITH ALL YOU HAVE TRIED, THAT NO ONE CAN PULL A MAN DOWN ESPECIALLY ONE WITH THE GRACE OF GOD.

My interest is my son, whom you have deprived me of seeing 14 months before the court case. I was able to see my son after the court granted me of sharing custody which was before his birthday. You and your lawyer have refused to oblige to court orders 4 times including his last holiday. Please Channel this same energy on responding to court order.#christainmother?.”