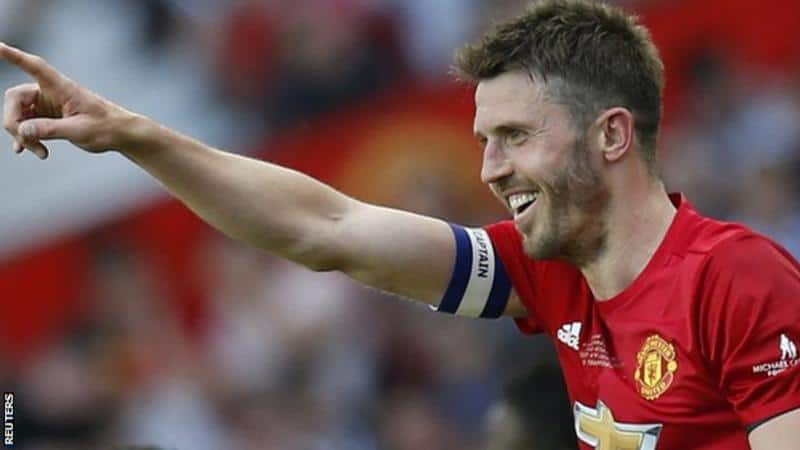 Manchester United will lose their current longest serving player Micheal Carrick at the end of the season as he bows out football.

The boss confirms that @Carras16 will start #MUFC's final @PremierLeague match of the season against Watford at Old Trafford: "Our captain will start the match against Watford, in front of our fans." pic.twitter.com/ctetNNRM20

Mourinho confirmed captain Michael Carrick, who is retiring at the end of the season after 12 seasons in Manchester to join his coaching staff, will skipper the side when he plays his final home match against Watford on Sunday.

The former England midfielder could also be in the squad for today’s clash at West Ham, and Mourinho took the opportunity to hail Carrick’s qualities as a “man” both on and off the pitch.

“He (Carrick) will start the last match at Old Trafford, as our captain in front of our fans,” said the Portuguese at his pre-match press conference yesterday.

“The club had him for a great many years playing football and now when his body says ‘enough’, the club and myself will want to keep the man.“He has qualities that we believe can make him a good coach.”

Mourinho’s regard for the veteran is clear, and his gesture in giving Carrick a competitive send-off, in contrast to his testimonial match last year, illustrates that.

He also commented on what the future holds for the club captain, who is set to follow in the footsteps of predecessors such as Ryan Giggs in remaining at the club in a coaching capacity.

“Its just a change of dressing rooms and offices, he’s stopping player and becoming an assistant. I give my assistants very good conditions for their evolution. Michael can be very positive for us.”