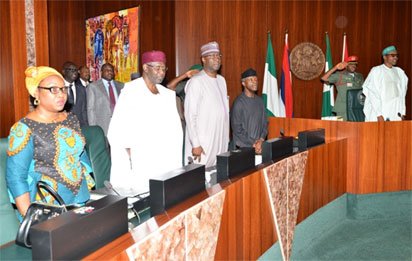 The Minister of Health, Prof. Isaac Adewole, has disclosed plans by the federal government to curtail any break out of the dreaded ebola virus in Nigeria.

He made the disclosures while briefing State House correspondents after the federal executive council (FEC) meeting presided over by Vice President Yemi Osinbajo, yesterday.

Naija News recalls that the FEC has directed the Ministry of Health to step up surveillance at the nation’s borders following reports of a fresh outbreak of the Ebola Virus Disease (EVD) in the Democratic Republic of Congo (DRC) that killed 17 and confirmed 2 infected.

Minister of Foreign Affairs Geoffrey Onyeama and Special Adviser to the President on Media and Publicity Femi Adesina, said apart from the directive, which is intended to ‎”keep Nigerians safe”, the government will also establish an emergency operation centre to be headed by Dr. Babasanya, who led Nigeria’s efforts in Liberia, Sierra Leone and Guinea during the 2014 outbreak.

“We will be screening incoming passengers, particularly passengers from the DRC and neighbouring countries. We will also ensure we step up all activities, screening people coming in, so that we will not be caught unawares,” he said.

He also disclosed that the Centre for Disease Control (NCDC) is planning to send a team to the DRC to build capacity for managing the outbreak.

Meanwhile, the Delta State government,has declared it would partner the NCDC and the Federal Ministry of Health to stop the outbreak of Ebola and Lassa fever.

Commissioner for Health, Dr. Mordi Ononye, said the government has put in place an effective medical emergency response system spanning all the 25 local councils of the state.

Speaking in Asaba, yesterday, he said,  “It is this system that made it possible for the achievements we recorded in managing the outbreak of Lassa fever, Monkey pox and the rest.”