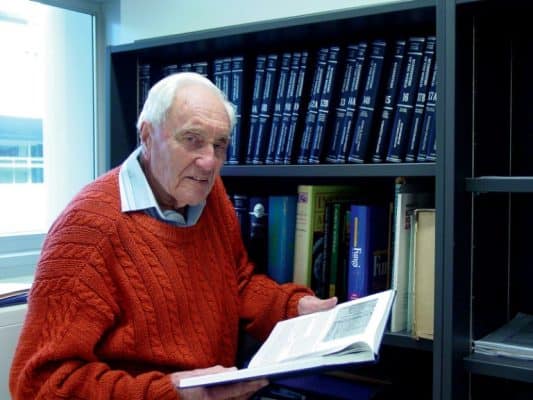 David William Goodall was an English-born Australian botanist and ecologist. He was influential in the early development of numerical methods in ecology, particularly the study of vegetation.

The 104 year old Australian scientist who had campaigned for the legalization of assisted dying in his home country has ended his own life at a Swiss clinic, a representative from the pro-euthanasia group, Exit International said.

David Goodall, a respected botanist and ecologist, died Thursday at the Life Circle clinic in Basel, Switzerland, after administering a lethal drug under the guidance of doctors

The Australian scientist traveled to Switzerland to end his life, by committing assisted suicide on Thursday.

David Goodall, who had been barred from seeking help to end his life in his home country, had no report of any terminal illness but said his quality of life had reduced drastically and that he wanted to die.

Exit International, which represented the scientist, said Goodall passed away while listening to Beethoven’s “Ode to Joy.”