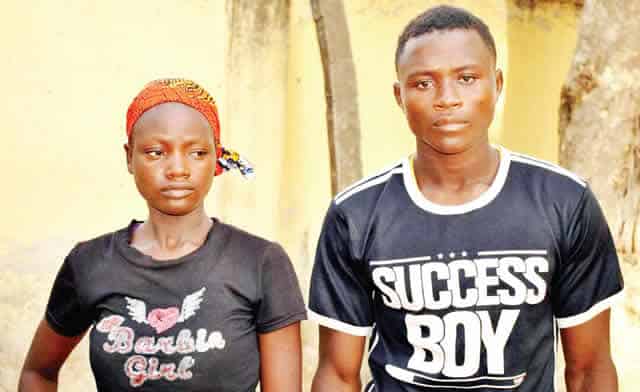 I Killed My Daughter Because She Irritates Me – Suspect

A 15 year old housewife, Fatima Adamu, and her ex-lover, Usman Mohammed, a resident of Egbati village in the Agaie Local Government Area of Niger state, has been arrested by the state police for the murder of her daughter, Hauwa.

Northern City News gathered that Mohammed, who was the ex-lover of the deceased mother, assisted in the preparation of the concoction that was administered on the five-year-old child, and leading to her death.

More revelation into the report has it that after the alleged killing of Hauwa, by Adamu and her lover, the corpse of the little girl was dumped in a nearby bush with some parts missing.

The suspect while been questioned by newsmen on Tuesday revealed that she poisoned the minor with the cooperation of her ex-boyfriend who prepared the concoction that was administered on her.

“I purposely killed my step-daughter because I didn’t like her, she irritated me a lot; I planned with Mohammed to poison her to death,” she confessed.

The suspect added, “I just woke up one morning to take her life and I cannot tell what had come over me to kill an innocent child that had not offended me in any way. May Allah forgive me; it is the worst offence against humanity. ”

Mohammed admitted participating in the killing of the girl, saying ‘I have ruined my life.’

Mohammed said, “I prepared the poison which I gave to Adamu to kill the girl. I regret my action.”

Muhammad Abubakar, the Niger State police spokesman, said the suspects confessed to the crime during interrogation and will be arraigned in court as soon as the investigation is finalised.