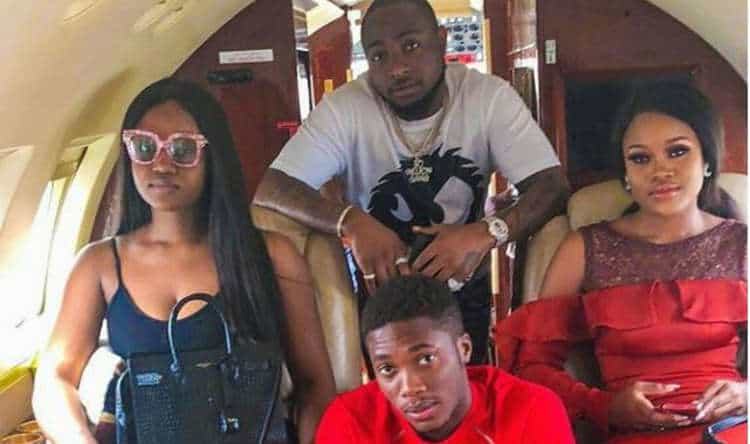 Cee-c who was a finalist at the recently concluded Big Brother Naija, reality show and also the first runner up in the final, has been seen in the company of DMW boss Davido and his girlfriend, Chioma, on a private jet.

Cee-c who was in the house till the end of the show, has been meeting with top Nigeria politicians, and was reported to have returned back to Lagos in the company of the superstar on Tuesday.

The Big Brother Naija finalist was earlier spotted with the Triple MG boss, Ubi Franklin, and Davido during an advertising shoot in Abuja.

The BBNaija star, was on Monday seen in a photo with the Davido’s girlfriend, Chioma, a picture which has brought reaction of many into play and speculations has been raised that she might have joined the 30 billion gang.