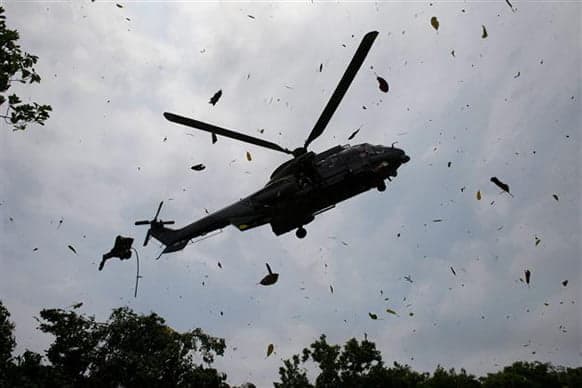 The crash of a Russian helicopter in Syria late on Monday has led to the killing of both pilots, the incident was confirmed by the Moscow’s defence ministry while releasing statement to news agencies.

“A Russian Ka-52 helicopter crashed while on a routine flight over the eastern regions of the Syrian Arab Republic. Both pilots were killed,” the statement said, quoted by the TASS news agency.

It further stated “may have been due to a technical malfunction” and that a rescue team recovered the bodies.

The incident is reported to be Russian army’s second deadly crash in Syria in less than a week. On May 3, a Russian fighter jet crashed after taking off from an airbase, killing both pilots.

The most recent large military loss acknowledged by Russia came when a transport plane crashed on landing at the Hmeimim airbase in March, killing all 39 people on board.