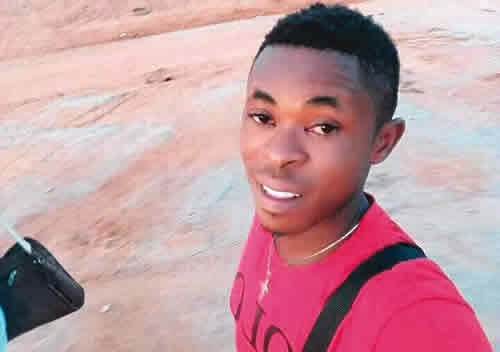 Police Kills Student In The Name Of Bribe

An investigation has been ordered into the alleged unlawful killing of a student, Ifeanyi Okafor, who was killed by the police for allegedly refusing to give to their demand of N500 bribe.

The House of Representatives, made this order, asking that an investigation be brought into play concerning the incident, over allegations that the deceased, Okafor, was shot by the police on February 9, 2018 in Okwelle, in the Onuimo Local Government Area of Imo State.

Mrs. Nkeiruka Onyejeocha, the Chairman, House Committee on Aviation, in resolution to the prob made a move, and she said the victim was stopped by a police team on the highway, demanding for bribe.

The proceedings of the House, saw Onyejeocha, narrate the incident to lawmakers on the floor of the House. She said, “It is a pathetic story. This boy did not have money to pay for his school fees.

“His father, who is poor, was the one who advised Okafor to assist a lorry driver as a ‘motor boy’ in order to make some money for his fees.

“On their way to Okigwe to deliver sand, the police team stopped their lorry.

“The policemen demanded N500, but the boy said they didn’t have the money.

“The next thing was that a policeman pointed a gun at Okafor and shot him.

“This is one extrajudicial killing too many in recent years.”

The House noted that the incident was in breach of Section 33 of the 1999 Constitution (as amended), which guaranteed all Nigerians right to life.

Lawmakers had raised the alarm over rising cases of extrajudicial killings in the country, saying between 2009 and 2017, such reported cases totaled 337.

“Amnesty International Special Report for 2016/2017 indicated that 240 civilians, including 29 children and babies, were killed by operatives of Nigerian security agencies, especially the army and the police,” a document tendered before the House, stated.

The copy of the House proceedings showed that the Committee on Police Affairs was mandated to investigate the killing of Okafor.

It said, “The House was informed of the unfortunate and unwarranted killing of the late Ifeanyi Okafor by a police officer right opposite the Okwelle Police Station in Onuimo Local Government Area, Imo State.

“The House was also informed that on February 9, 2018, the said police officer demanded the sum of N500 from the deceased, but when his demand was not met, the police officer fatally shot Okafor.

“(The House is) worried that many incidents of extrajudicial killings by security agents in Nigeria often go unchecked and largely unreported.

“The House recalls a recent outcry against similar extrajudicial killings by men of the Special Anti-Robbery Squad across the country, which made the police authorities to promise to reorganise the SARS.

“(The House) observes that extrajudicial killings erode the confidence of Nigerians in the Nigeria Police Force, and this distrust has a direct adverse effect on the cooperation between the police and the public to combat crimes.”