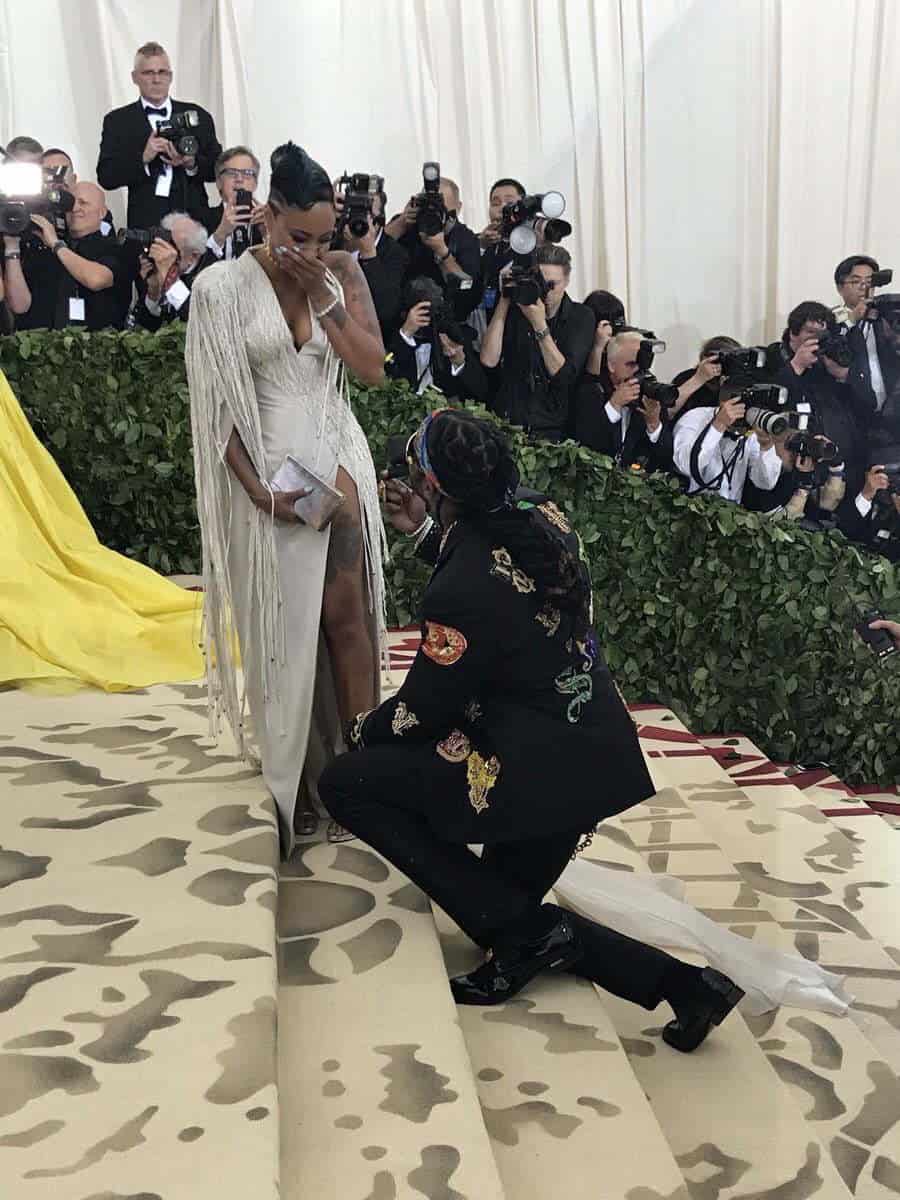 2 Chainz and his girlfriend, while proposing

2 Chainz Proposes To The Mother Of His Three Kids

American rapper, Tauheed Epps, professionally known as 2 Chainz has taken his relationship with his girlfriend, Kesha Ward to the next level.

Just yesterday, the rapper proposed to his girlfriend on the Met Gala carpet, a video recorded by the paps at the event which is strictly by invitation saw the rapper getting down on his knee to propose, an act which caught his lover unaware.

Shortly after the video circulated, 2 Chainz’s team confirmed to FADER that the proposal was real. The relationship has produced three children, Heaven, Harmony, and Halo.