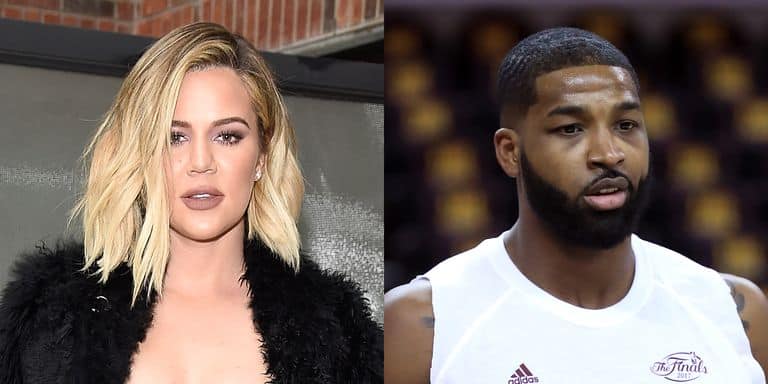 Khloe Kardashian and Tristan Thompson who were recently reported by Naija News to have given birth together to a baby girl have not allowed the cheating scandal affect their relationship.

According to E! News, the new mum was seen at the games yesterday where she had gone to support her lover during his Cleveland Cavaliers basketball game against the Toronto Raptors.

Eye witness who was present at the game said, “Khloe was at the game with a group of people. She was cheering, [doing] a lot of clapping, but she never stood to cheer.”