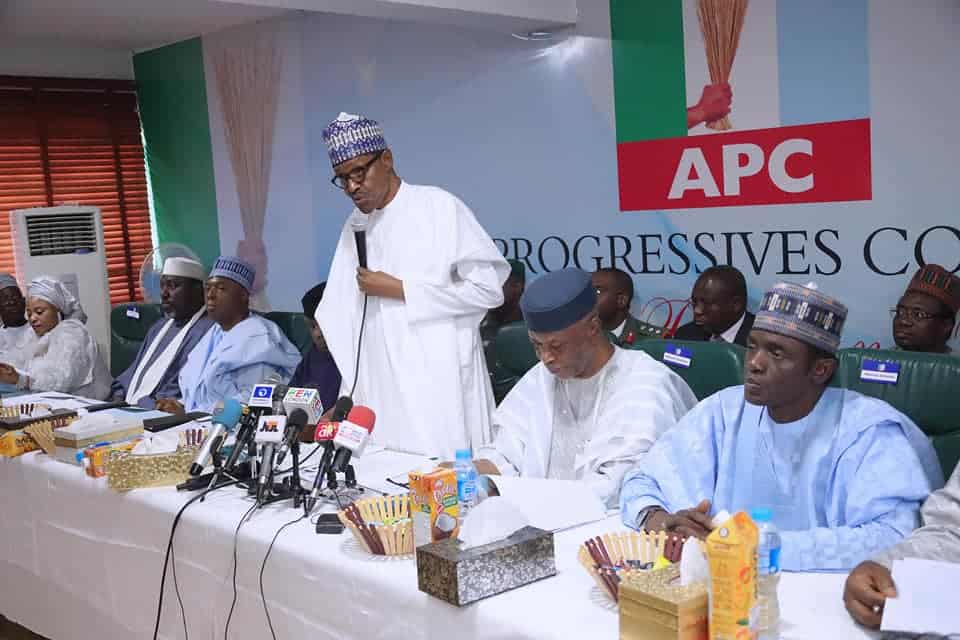 President Muhammadu Buhari, has stressed again the reasons for his decision to seek a second term in office which he attributed to a deep passion to serve Nigerians, and not for personal gains.

Buhari who was speaking at the All Progressives Congress (APC) ward congress held at Bayajida Model Primary School on Saturday in Daura, Katsina State noted that the different attempts he made before becoming the president in 2015 showed that only God determines who wins the election.

He said that the passion to serve and see real changes in the lives of Nigerians informed his choice to join partisan politics in the first place, and inspired him to contest elections in 2003, 2007, 2011 and 2015 respectively.

The president who noted that his administration had already started the process of ensuring fairness, justice and equity, in spite of challenges, assured the congress that he would work hard to consolidate on the gains of democracy.

“I am not in politics for fun, frivolity or to amass wealth, I have always been driven by a deep sense of commitment to make a difference to the lives of our people.

“After my retirement from the army, or forceful retirement, I sat back and watched as events unfolded on the political turf, and realised the country needed an intervention for fairness, justice and inclusion of Nigerians in the issues that affect their lives,’’ he said.

Buhari  called for patience, maturity and orderliness as the 2019 elections’ calendar begins to unfold, urging political parties, candidates and the electorate to put the country first and always remember that victory ultimately belongs to God.

“After going to the court so many times to challenge results of elections in 2003, 2007 and 2011, and going up to the Supreme Court, I concluded that ultimately it is God who determines who will win elections, and in 2015 I got here,’’ he added.

In his remarks, the Katsina State Governor, Alhaji Aminu Masari, said the process of electing the leaders of the party at the ward level was hitch-free, orderly and based on the constitution of the APC.

“What we have here are our leaders that were chosen based on consensus and we are happy that it reflects the will of the people and the APC constitution. We followed the process to also ensure that there is affirmation,’’ he said.