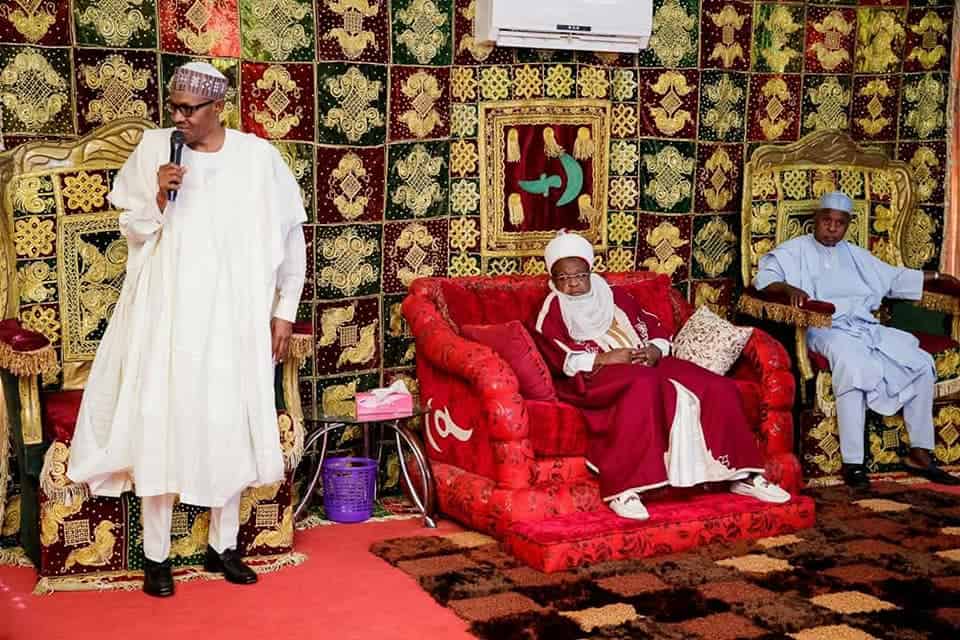 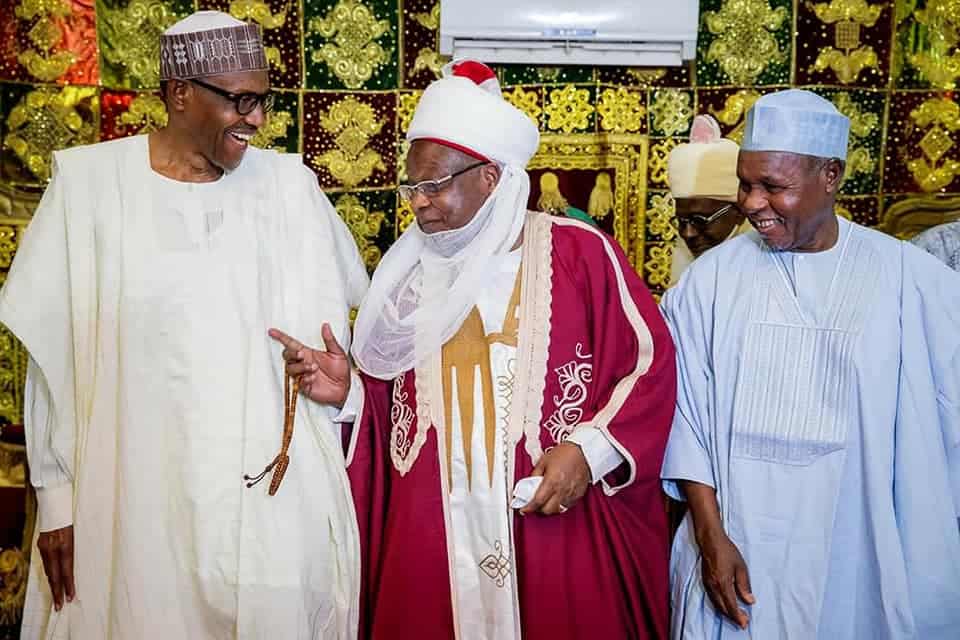 President Muhammadu Buhari, on Monday visited Katsina to commiserated with the Katsina Emirate Council and the family of late Chief Imam of the Juma’at Mosque, Liman Lawal, who dead on Sunday.

In a statement, the Senior Special Assistant to the President on Media and Publicity, Garba Shehu revealed that said the President was accompanied on the condolence visit by Gov. Aminu Masari of Katsina State.

According to Garba Shehu, President Buhari was warmly received by the Emir of Katsina, Alhaji Abdulmumini Kabir Usman at the palace.

while praying that God would grant the deceased eternal rest and comfort his family, President admonished the family members of the late Chief Imam to take comfort in the fact the religious leader lived a fulfilled and God-fearing life.

In his remarks, the Emir commended the president for his forthrightness, steadfastness and patriotism in providing good leadership for the country.

The Emir stated that the undesirable security situation in the country was perpetuated by people who do not want his government to make head ways.

He, therefore, urged him to remain resolute and focused in finding lasting solutions to the problems faced by ordinary Nigerians.

He said: “Most of the issues in security are deliberately created by detractors to distract you from the good work you are doing and I can assure you, by God’s grace, they will not succeed,’’ he said.

“As far as we are concerned,’’ he said, “you are doing a good job to clean up the country and restore it on the path of honour and dignity.’’

President Buhari who was in his home town during the weekend, Daura was there to see to the ward congress, and has since returned to Abuja.