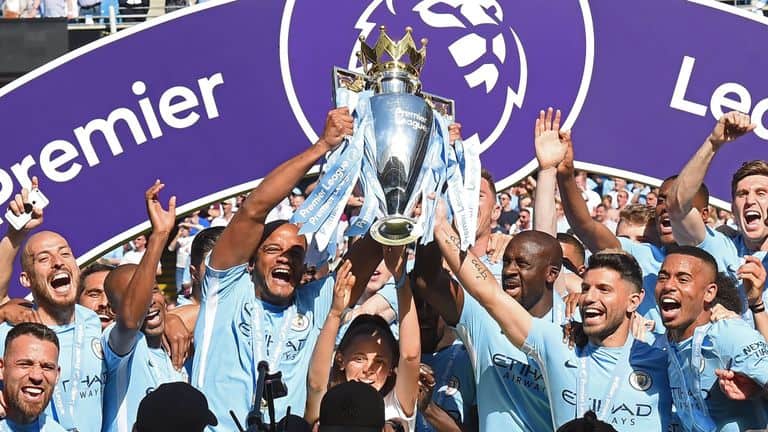 As the 2017/2018 premier league train draws closer to its destination, the drama, thrill and fun has not receded one bit particularly for clubs hoping to qualify for Europe or avoid relegation.

The race for clubs hoping to qualify for the champions league next season would probably go down to the last day of the season as Manchester United, Liverpool, Tottenham and Chelsea continue to jostle for the available slots in the top four.

Elsewhere, at the bottom of the table, Stoke have been relegated but West Brom, Swansea, Southampton are all battling to avoid relegation.

In other premier league happenings over the weekend, Manchester City were held to a goalless draw by Huddersfield, but this had no effect as City were already crowned champions and received the trophy to the admiration of their fans.

Also, Arsene Wenger signed off in style in what was his last home game as Arsenal manager as the gunners thumped Burnley 5-0 before Wenger bid an emotional farewell to the Emirate faithfuls.

Below is the full result from the weekend actions in the English premier league: