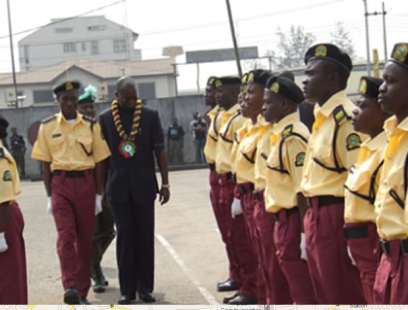 LASTMA Cracks Down On Illegal Activities Of Its Officers

The Lagos State Traffic Management Authority has dismissed five of its officials over offences such as, extortion and harassment of innocent members of the public.

Naija News gathered that 10 others were reprimanded, 14 demoted and 15 others issued letters of warning.

According to LASTMA General Manager, Mr. Olawale Musa, three out of the officials who were investigated, were freed after thorough investigations.

He said, “The affected officers appeared in April before the Personal Management Board (discipline) to defend and make presentation on various actions that bordered on indiscipline against them.”

Musa, who spoke after monitoring flow of traffic along Lagos-Abeokuta and Apapa-Oshodi expressways, also appealed to motorists plying routes, where major construction works were ongoing, to bear with the state government and comply with traffic directives.

The LASTMA boss said efforts are being put in place to deliver the projects on schedule, noting that road projects across the state were aimed at achieving free flow of traffic and boost the state’s economy.

“Also, the construction of the BRT corridor along the Lagos-Abeokuta Expressway will not narrow the road size as being anticipated by some motorists. It would rather enhance the road capacity to accommodate more vehicles and improve free flow of traffic on completion,” Musa added.

He condemned “incessant attacks on traffic officials” by motorists, especially commercial drivers, and urged motorists to always report erring officials to the agency “instead of resorting to self-help.”