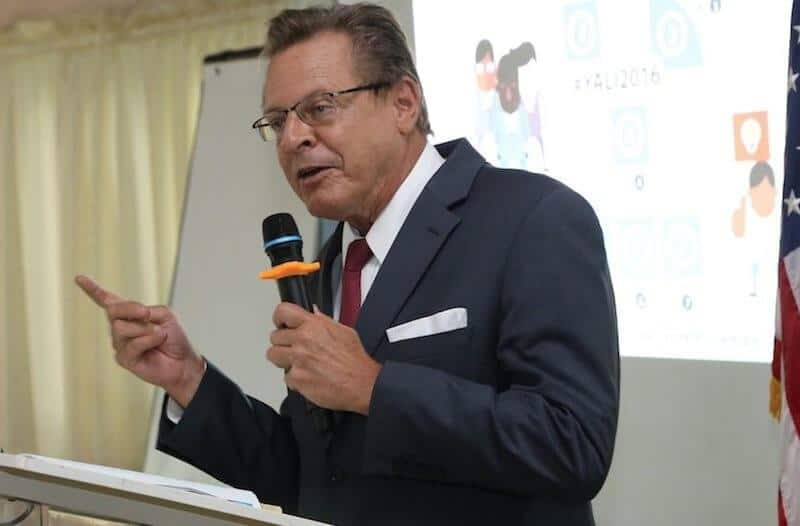 Nigerian media is the key to peaceful, credible elections in 2019 ―US Consul General

Nigerian Media Is The Key To Peaceful, Credible Elections in 2019 – US Consul General

The United States Consul General, John Bray, has charged journalist and Media experts to uphold the principles of “unbiased” and “accurate” coverage of political campaigns and the elections.

John Bray while Speaking at the World Press Freedom Day organised by the United States Consulate in Lagos, said inaccurate reports will lead to infractions that frustrate peaceful and credible elections come February 2019.

He also said that the media will not be guiltless in the democratic process and that it will determine the outcome of the 2019 general elections because “the people of Nigeria will rely on the unbiased and accurate coverage of the campaign season and the elections.

But “when people don’t have the facts, they make them up and that creates unstable environments, rife with rumours, gossip and lies,” he said.

Speaking further he also said, “Nigeria plays a vital role on the world stage and as the largest economy in sub-Saharan Africa. Nigeria’s stability is crucial to the security and economic prosperity of the rest of the continent.

Also, Bray disclosed the diplomatic strategies the United States Consulate will be engaging to ensure a free and fair election in 2019, including preparing 100 reporters for the election through training; working with Nigeria to strengthen democratic institutions; improving the electoral process and engaging stakeholders to prevent violence and increase accountability.

Meanwhile, the former Chairman, National Human Rights Commission, Dr Chidi Odinkalu, at the event urged the media to destabilise the system that encourages “abracadabra” in Nigeria’s election process and insist on a political economy that “counts” and “accounts” for votes honestly and transparently.

“A democracy,” he said, “improves in direct proportion of its political economists to count and account honestly and transparently.

“The developing that capacity is a process, it is not an event. To do that we need to have the ethics for managing numbers because numbers make us honest. No one disagrees that one plus one will equal two as long as it is added in base 10.

“Our problem as a political economy is that we have not developed the infrastructure for doing one plus one in base 10.

“When he wrote the problem with Nigeria, Achebe said our problem was a failure of leadership, but there was something else he said: We prefer to operate under a system that makes corruption easy and profitable. That system is consecrated through our electoral process, which helps us to continue this tradition of opacity.

“That really is what we’ve got to change. This is why we need to defend a media that is committed to transparency. Without them we cannot change this system,” he said.