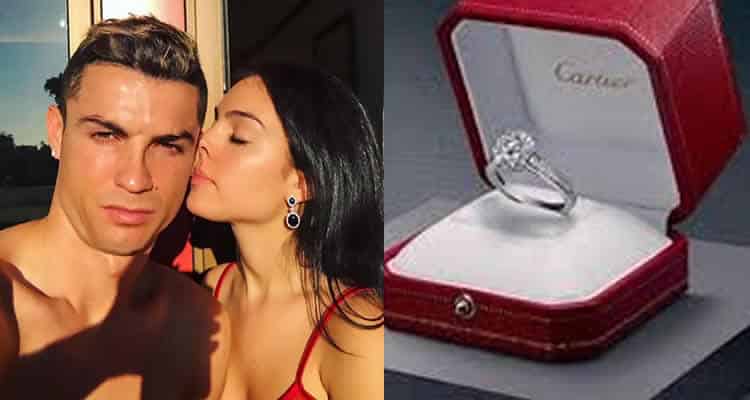 Cristiano Ronaldo and his girlfriend

Cristiano Ronaldo, who presently holds the world best player award, a Portuguese professional footballer, and plays for Spanish club Real Madrid and the Portugal national team, has reportedly engaged his girlfriend, Georgina Rodriguez, with a Cartier diamond ring worth £615,000 ($836,051.91 or N300m).

According to Sun UK, Georgina, Ronaldo’s girlfriend who was a former shopkeeper turned model revealed that the lovers are engaged after flaunting the sparkling ring in an Instagram video.

This news is coming few months after Naija News reported the birth of the couple’s first child, Alana Martina.