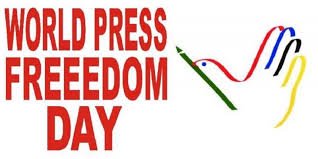 Afghanistan journalists that have been killed were remembered today as World Press Freedom Day is marked.

The vanguard reports that it has been days since the deadliest attack on the country’s media before the fall of the Taliban in 2001.

Ten journalists, including Agence France-Presse chief photographer Shah Marai, were killed in assaults on Monday, underscoring the dangers faced by the media as the war-torn country slips deeper into violence.

“Afghanistan’s journalists are among the bravest in the world,” said Omar Waraich, Amnesty International’s deputy director for South Asia.

“Working in some of the most difficult conditions, they have faced threats, intimidation and violence for simply doing their jobs.”

A double suicide blast in Kabul on Monday, claimed by the Islamic State group, left 25 people dead including Marai and eight other journalists, while a BBC reporter was killed in a separate attack in eastern Khost province.

Media workers from Tolo News, 1TV, Radio Free Europe and Mashal TV were also among the dead in Kabul.

The deadly assaults have shaken Afghanistan’s tight-knit journalist community. Many of them are close friends as well as colleagues who look out for one another as they work in an increasingly hostile environment. But many remain defiant, determined to continue their work despite the risks.

Hours after the Kabul explosion, dozens of Afghan news editors and executives returned to the site in a public display of defiance to militants.

“World Press Freedom Day reminds me and my colleagues of the importance of reporting — reporting for a vibrant democracy and serving people with the information they need and they want,” Parwiz Kawa, editor-in-chief of the Hasht-e-Subh, Daily newspaper, said.

“This day is to renew our commitments and to remember our sacrifices.”

1TV editor-in-chief Abdullah Khenjani said Thursday was a “mourning day” for the broadcaster, which lost a reporter and cameraman in Monday’s blast.

“This day reminds us how tough the past year was,” Khenjani said, adding his colleagues were heartbroken, “especially when we see the empty chairs… in our newsroom”.

“We will hold a prayer ceremony… and ask God to be with us in such a tragic moment.”

Meanwhile Naija News recalls that Afghanistan was last year ranked the third most dangerous country in the world for journalists by Reporters Without Borders (RSF).

The media watchdog said since 2016, it has recorded the killings of 34 journalists in Afghanistan.

The attack on the Afghan journalists comes amid increasing concerns over press freedom across Asia, including in the Philippines and Myanmar.