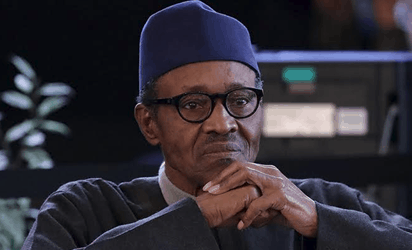 The Senate will today receive the report of the Committee set up last week to investigate President Muhammadu Buhari’s action to pay a whopping sum of $496 million to the United State Government for the purchase of Tucano Aircraft as fighter Jets without approval by the National Assembly.

The Committee which was asked to probe the constitutional breaches committed by the President, was also asked to determine the extent to which the constitution was violated; the circumstances of such violations and advise the Senate on the next line of action.

The report in line with the standing order and legislative procedures would be laid and then for consideration in another legislative day, but baring any last minute change, the matter may come up for debate.

Naija News recalls that the intervention of Senate President Bukola Saraki at plenary saved President Muhammadu Buhari from impeachment moves initiated by some senators, though he stressed that the arguments raised on the matter were valid.

The aggrieved Senators described the action of the President as a total breach of the Constitution especially section 80 where the procedure for that was not followed by the Executive arm of government, just as they described the President’s action as an impeachable one.

Resolution of the Senate to probe the action of the Presidency last week was sequel to a motion by the Chairman, Senate Committee on Public Accounts, Senator Matthew Urhoghide, (PDP, Edo South) who raised it that the action of President Buhari was a complete violation of the law and asked that section 143 should be invoked.

According to Urhoghide, there were consequences for such gross violations of the constitution, adding that the Senate should simply invoke section 143 to get the President removed from office.

Senator Urhoghide who came under Orders 15, 42, 52 of the Senate Standing Orders 2015 as Amended, said, “This matter yesterday was raised by me to say that this request that was sought by Mr President is procedurally wrong. What has been read by the leader this morning was that this matter has been referred to the appropriate committee for the inclusion of this amount of money that has already been spent. This ought to have been the first request to this senate. We must put it on record that this is a violation of procedure as stated in the 1999 constitution….

“The objective of the expenditure is very well established but the procedure is wrong.

“There are serious consequences for violation of our constitution. As a consequence, the only thing we can draw from on this is that we call on you, Mr President, to invoke section 143 of the constitution. Because, what it means is that this matter is not to be investigated. It is clear that this offence has been committed by Mr President.

“I want this senate to resolve that what the president did is procedurally wrong and a violation of our constitution, it must be condemned and of course, the consequences of section 143 of our constitution should be invoked. I so move Mr President.”

The motion was supported by Senator Chukwuka Utazi, PDP, Enugu North, saying, ” it is an impeachable offence, things must be done in their right perspectives.”