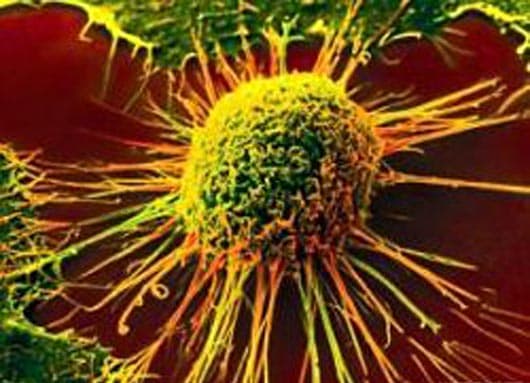 Researchers at the University of Michigan (UM) are developing a pill that makes tumours light up when exposed to infrared light, and the concept has successfully  been tested and proved in mice.

“It binds to the target, but it doesn’t do anything, which makes it perfect for imaging.”

The researchers attached a molecule that fluoresces when it is struck with infrared light to this drug.

Then, they gave the drug to mice that had breast cancer, and they saw the tumors light up.

The targeting molecule has already been shown to make it through the stomach unscathed, and the liver also gives it a pass, so it can travel through the bloodstream.

The move could also catch cancers that would have gone undetected.

By providing specific information on the types of molecules on the surface of the tumor cells, physicians can better distinguish a malignant cancer from a benign tumour.

Moreover, using a dye delivered orally rather than directly into a vein also improves the safety of screening.

According to a study out of Denmark last year, about a third of breast cancer patients treated with surgery or chemotherapy have tumours that are slow-growing that they would never have become life-threatening.

The Vanguard reports that The research has been published in the journal Molecular Pharmaceutics.