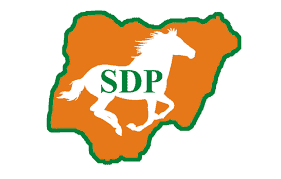 Mr Hashimu Haruna, The Publicity Secretary of the party in the state, made this known in an interview with the News Agency of Nigeria (NAN) in Bauchi on Wednesday.

`Option A4′ is an open ballot system where voters vote by queuing as opposed to the secret ballot method where voters’ votes are confidential.

“Adoption of Option A4 is the best for Nigerian democracy because it is open-secret ballot system.
‎
“That will reduce rigging and manipulations and it will strengthen democracy in the country.
‎
“That is why SDP will be adopting ‘Option A4’ in choosing its candidate in all elections.
‎
“The adoption of the option will promote fairness, equity and justice among the members of the party,’’ he said.

According to him, the two-party system dispensation in the country made Option A4 is made popular, while adding that party was against the imposition of candidates on the electorate

The publicity secretary urged the electorate to come out and register with the party, saying that “there is party membership register in all wards across the state’’.

He also advised all chairmen of the party in the local government areas of the state to embark on membership drive.

“SDP as a political party will do everything possible to sell its ideas to citizens for acceptability and recognition.” he said.

He gave an assurance that the party would accord all qualified members a level playing ground to aspire for elective positions.
‎
Haruna said the party intended to wrestle power from the ruling APC in Bauchi State at all levels in the 2019 general elections.