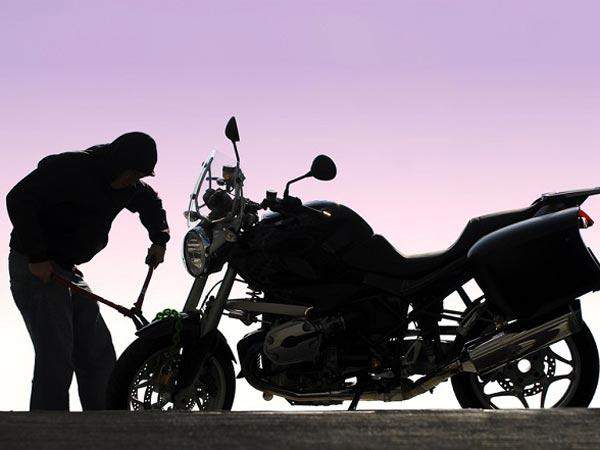 Men of the Ogun State Police Command, have apprehended two suspected robbers who are alleged to be specializing in snatching motorcycles from Nigerians and selling them in the Republic of Benin.

The motorcycle snatchers were identified as Evans Ajao and Isaiah Aigba.

The command further revealed that another motorcycle snatcher, who stole a motorcycle from its owner in the Abeokuta metropolis while trying to escape with it, died after he fell into a ditch.

He revealed that a team led by the Divisional Police Officer at Odeda, Muhammad Baba-Suleiman, arrested the suspects following an information that some men had snatched a Bajaj motorcycle at Alabata area.

Oyeyemi explained that with the information gotten, the DPO and his team blocked all exit routes in the area and the hoodlums were apprehended with the motorcycle.

He said, “On interrogation, the duo confessed to have been in the business of motorcycle theft for quite some time and that they have standby buyers once they succeed in taking a motorcycle to the Republic of Benin.

“The state Commissioner of Police, Ahmed Iliyasu, has directed that the suspects be transferred to the Special Anti-Robbery Squad, Abeokuta, for further investigation and prosecution.”

The police spokesperson said another motorcycle robber met his Waterloo on Saturday, April 28, 2018, when he snatched a motorcycle and shot the owner at the Abule Ijaiye area of Lafenwa in Abeokuta around 4.45pm.

The robber, was reported to have pretended as a passenger, and alleged to have suddenly brought out a locally-made double-barreled pistol and asked the rider, Toyin Ayoade, to surrender his motorcycle.

Oyeyemi said it was while the rider was struggling with the suspect that the robber shot him in the hand and snatched the motorcycle.

“Following a distress call from the victim, the people of the community gave the suspect a hot chase. While he was running away on the motorcycle, he fell into a ditch and hit his head on a concrete culvert. He died on the spot.

“Also recovered from him were one locally-made double-barrelled pistol, two live cartridges and the snatched motorcycle,” the PPRO added.

Oyeyemi said the owner of the motorcycle was recuperating in a hospital.