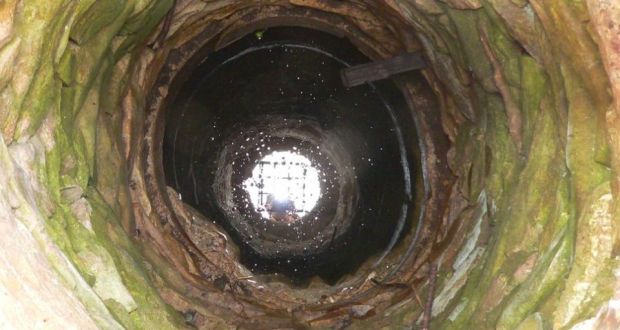 A civil servant in Cross River State, Mr. Ndifon Ntui, has been killed by some unknown invaders who also dropped his corpse in the well.

Report has it that the attackers had taken away the victims body after torturing him to death.

Naija News learnt that the headless body of Ntui was discovered in a well around Odukpani junction in the Odukpani Local Government Area of the state.

A source close to the family member, who spoke on condition of anonymity, revealed that the incident took place on Thursday when the victim, alongside his wife and sister, was on his way to Eket in Akwa Ibom State for an event.

The source said, “My uncle was killed at Odukpani junction last Thursday and the corpse was deposited in a well. He was travelling to Eket in Akwa Ibom State with his wife and my aunt for an event.”

He added that the deceased was approached by an unidentified man at the Odukpani junction motor park, where he had gone to board taxi.

“At the park, one young boy approached him and called him aside. Three others later joined them and they were having a little disagreement. His wife told us that the boys, who were suspected to have come from the next village after ours, started beating him up and overpowered him.

“The helpless wife and my aunt started raising the alarm, but nobody came to their rescue. The boys immediately bundled the deceased on a bike and took him away. It was at that point that my aunt called us to come from Calabar to help her.

“We are certain that the persons who killed our uncle are from Etamgbingin community in Odukpani LGA. The police should be aware of this. We also gathered that after the deceased was killed, his head was severed from his body and the corpse dumped in a well. The body was discovered and retrieved two days after,” the source said.

A police source in Odukpani Police Station, who confirmed the incident, said investigation showed that the suspect immediately handed over his mobile phone to his wife when he was confronted by the assailants, adding that it was an indication that the victim knew the suspects.

“He was a youth leader in his community and we suspect that those who killed him may have had an axe to grind with him. We are seriously investigating the matter to bring the suspects to book,” he said.

Irene Ugbo, the State Police Public Relations Officer, while speaking on the incident said investigation would soon unravel who the assailants were, adding that whosoever was involved would face the wrath of the law.